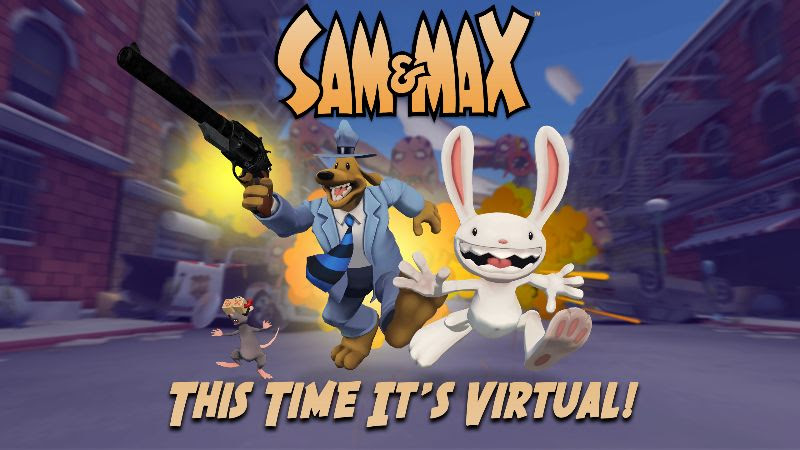 The dog and rabbit show is about to begin all over again, as Sam & Max: This Time it’s Virtual brings the duo to VR for the first time.

He’s kind of a rabid rabbit

Indie game studio HappyGiant and publisher Big Sugar have announced that Sam & Max: This Time It’s Virtual! is available today on Oculus Quest. The action-adventure VR title featuring Steve Purcell’s irrepressible dog with a hat and hyperkinetic rabbity-thing, is the duo’s first game in more than a decade and the pair’s first foray into Virtual Reality.

Sam & Max: This Time it’s Virtual is out right now for the Oculus Quest, priced at $29.99 USD. SteamVR and Viveport Infinity versions are coming up as well, though later in the year. And if you’re waiting for the PSVR edition, you’ll be doing so till early ’22.

Jason's been knee deep in videogames since he was but a lad. Cutting his teeth on the pixely glory that was the Atari 2600, he's been hack'n'slashing and shoot'em'uping ever since. Mainly an FPS and action guy, Jason enjoys the occasional well crafted title from every genre.
@jason_tas
Previous MARVEL Future Revolution: Everything you want to know
Next SDCC 2021: Packaging revealed for DST’s show exclusives