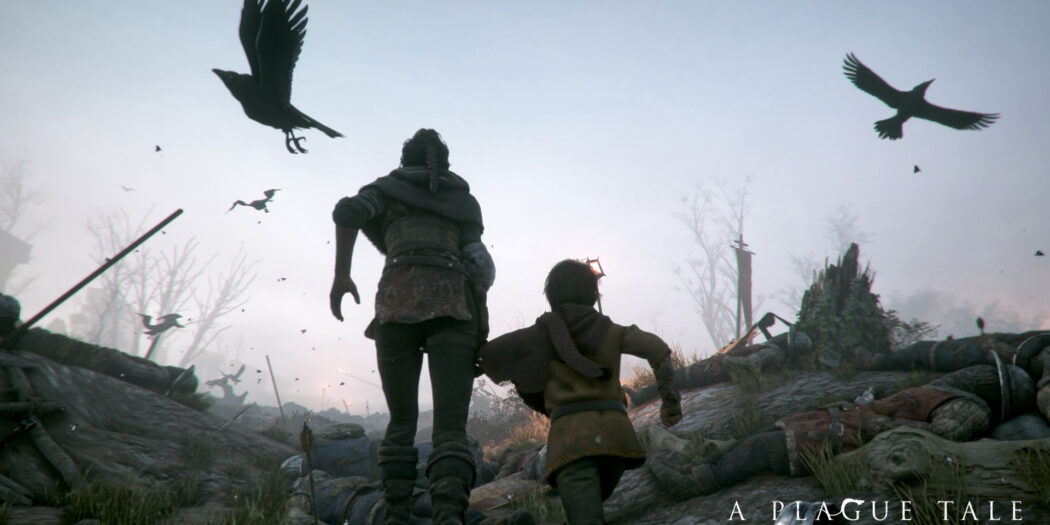 Home / News / A Plague Tale: Innocence comes to current-gen (and Switch) next month

A Plague Tale: Innocence comes to current-gen (and Switch) next month

With a sequel just announced, the original A Plague Tale title is set to see a renaissance as well. It’s coming to PS5, Xbox Series X|S, and Switch in July.

Can’t keep a plague down

If you missed the news, there’s indeed a sequel to A Plague Tale: Innocence on the way. A Plague Tale: Requiem was announced just last week, and will bring Hugo and Amicia back into their dark and medieval world for another adventure. But while that game won’t arrive until 2022, there’s a revamped edition of the original coming much sooner.

Landing on the PS5, Xbox Series X|S, and Switch next month, A Plague Tale: Innocence’s revamp will sport the now-expected series of improvements. That of course, includes 4K support, 60 FPS, and 3D audio support.

As you might suspect though, not all of that is available on Switch. Nintendo’s console won’t have 4K support, since it’s not possible, though it will apparently have the enhanced frame rate and 3D audio. That’s kind of cool.

The Switch version will also make use of Nintendo’s cloud-gaming system. So you won’t actually download a full copy onto your console, but will play via the company’s online streaming service. Just make sure you have a good wifi connection before you buy.

All of the above will hit day and date though, arriving on respective consoles on July 6th.

Jason's been knee deep in videogames since he was but a lad. Cutting his teeth on the pixely glory that was the Atari 2600, he's been hack'n'slashing and shoot'em'uping ever since. Mainly an FPS and action guy, Jason enjoys the occasional well crafted title from every genre.
@jason_tas
Previous Cyberpunk 2077 Returns to the PlayStation Store June 21
Next Postal 4 gets gigantic content update with “Thursday”