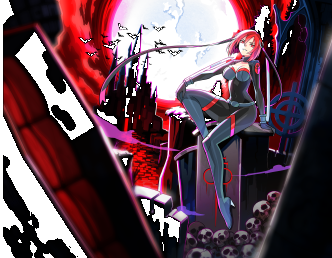 She’s back. The vampiric Rayne is back in remastered form in Bloodrayne Betrayal: Fresh Bites on PC and consoles, including the first time on Switch.

Bloodrayne Betrayal was a spinoff from the main Bloodrayne series. If you recall, it took the traditional 3D presentation and devolved it into a 2D hack ‘n’ slash. At the time, it looked darn good too, with lots of blood and gore and hideous monsters to fight. And now, it’s back.

The 2D masters at developer Wayforward and Ziggurat Interactive comes Bloodrayne Betrayal: Fresh Bites. Fresh Bites is the original title, though sharpened up for modern consoles. And that includes a brand new voice cast.

Fresh voice work is on the way from the original cast of Bloodrayne. That means both Laura Bailey (Rayne) and Troy Baker (Kagan).

Released in 2011, the original BloodRayne Betrayal was met with passionate reviews for its gorgeous graphics and punishing difficulty. This iteration in the series changed things up by switching from a 3D format to a fast-paced, 2D side-scroller. As Rayne, players will battle through 15 levels as they wend their way through a hidden castle where a sinister gathering is taking place. It’s Rayne’s last job — will she “clean house” or find herself six feet under?

Set for release as a digital title, Bloodrayne Betrayal: Fresh Bites is heading towards release on the PC, PS4, PS5, Xbox, and Switch. Stay tuned for more on this one, and also keep an eye out for the physical boxed release, coming by way of Limited Run Games.

Jason's been knee deep in videogames since he was but a lad. Cutting his teeth on the pixely glory that was the Atari 2600, he's been hack'n'slashing and shoot'em'uping ever since. Mainly an FPS and action guy, Jason enjoys the occasional well crafted title from every genre.
@jason_tas
Previous E3 2021 Trailer: Clan O’Conall and the Crown of the Stag slices Celtic folklore on PC today
Next Trailer: Hot Wheels Unleashed heads to the skatepark