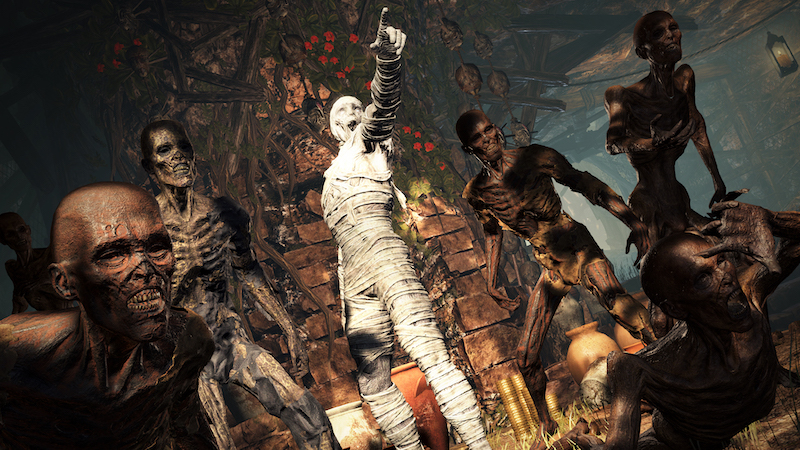 E3 2021: TPS Strange Brigade is out right now on Switch

In a surprise announcement, Rebellion’s single player and co-op third-person shooter Strange Brigade has made its way to the Switch.

Not that strange really

Update: I kept calling this a first-person shooter, but it’s been changed to third-person.

Remember Strange Brigade? The shooter was met with a solid response when it debuted back in 2018 for the PS3, Xbox One, and PC. If you don’t recall, Strange Brigade is set in the 1930’s and has a definite ‘The Mummy’ vibe.

In the game, players can team up or go it alone against an army of Egyptian undead. And now it’s back, and on Nintendo’s Switch as a surprise drop.

Egypt, 1930s. Erased from history and buried in a nameless tomb for 4,000 years, Seteki the Witch Queen has risen once again. Only one troop of heroes can stand against Seteki and her army of mummified monstrosities: the Strange Brigade.

While the core game is the same one that saw release a few years back, there are some new elements just for the Switch’s edition. Those include:

Strange Brigade is available in both standard and Deluxe editions right now on Switch. Check it out here.

Jason's been knee deep in videogames since he was but a lad. Cutting his teeth on the pixely glory that was the Atari 2600, he's been hack'n'slashing and shoot'em'uping ever since. Mainly an FPS and action guy, Jason enjoys the occasional well crafted title from every genre.
@jason_tas
Previous E3 2021: Square Enix reveals their next Marvel title with Guardians of the Galaxy
Next Trailer: Streets of Rage 4 gets fresh fighters in new DLC pack