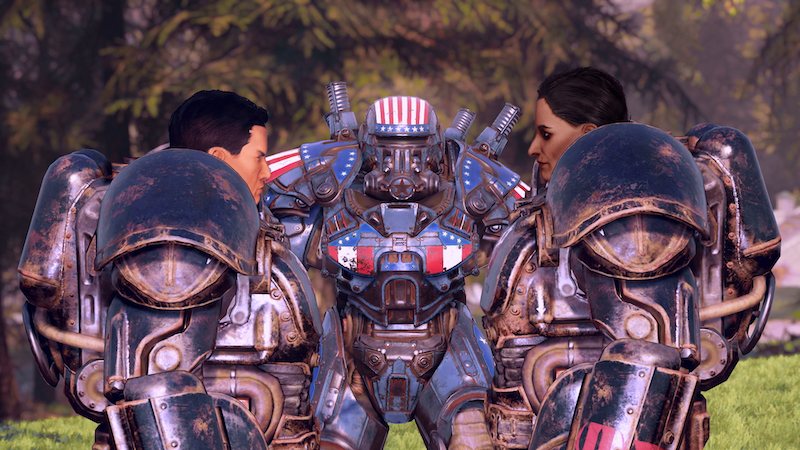 Things are about to explode in Fallout 76, Bethesda’s MMOish open-world title. At long last, the Brotherhood of Steel is about to arrive.

Set to close out the Brotherhood Steel storyline, Steel Reign brings a schism to Fort Atlas. Paladin Rahmani and Knight Shin are at each others throats in this new expansion, which will have players choosing their path. Will they chose duty? Or justice?

In addition to the new questline, Steel Reign will also introduce a bunch of other new things.

If you thought that Steel Reign was it for Fallout 76, think again. Also revealed by Microsoft and Bethesda was The Pitt, a brand new in-game event that will bring the action past Appalachia.

The Pitt will send players on “repeatable and randomized off-site missions”. These will be to never-before-seen Fallout locations too, so this will be one to watch for longtime series fans.

While The Pitt is looking great, it’s still a ways off. The free expansion will arrive for Fallout 76 some time in 2022.

Jason's been knee deep in videogames since he was but a lad. Cutting his teeth on the pixely glory that was the Atari 2600, he's been hack'n'slashing and shoot'em'uping ever since. Mainly an FPS and action guy, Jason enjoys the occasional well crafted title from every genre.
@jason_tas
Previous E3 2021 Trailer: Battlefield 2042 goes multiplayer-only for a future war
Next E3 2021 Trailer: The Elder Scrolls Online’s Blackwood arrives with current-gen boost