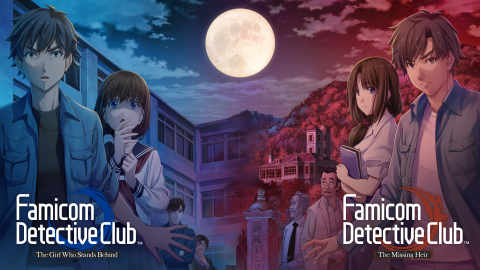 Lots of games arriving this week in the Nintendo Download, though really no ‘must plays’. Though there is a calculator app, if you’re into that.

This week’s headline titles for Nintendo gamers? Two Famicom Detective Club titles, two versions of Subnautica, and Aerial_Knight’s Never Yield. Yeah, it’s not a big week, and the list of smaller releases mirror that as well.

Scroll on down to check out the full listing.

Jason's been knee deep in videogames since he was but a lad. Cutting his teeth on the pixely glory that was the Atari 2600, he's been hack'n'slashing and shoot'em'uping ever since. Mainly an FPS and action guy, Jason enjoys the occasional well crafted title from every genre.
@jason_tas
Previous Toy Soldiers returns this August, and in HD form
Next It sounds like Rambo and John McClane are coming to Call of Duty