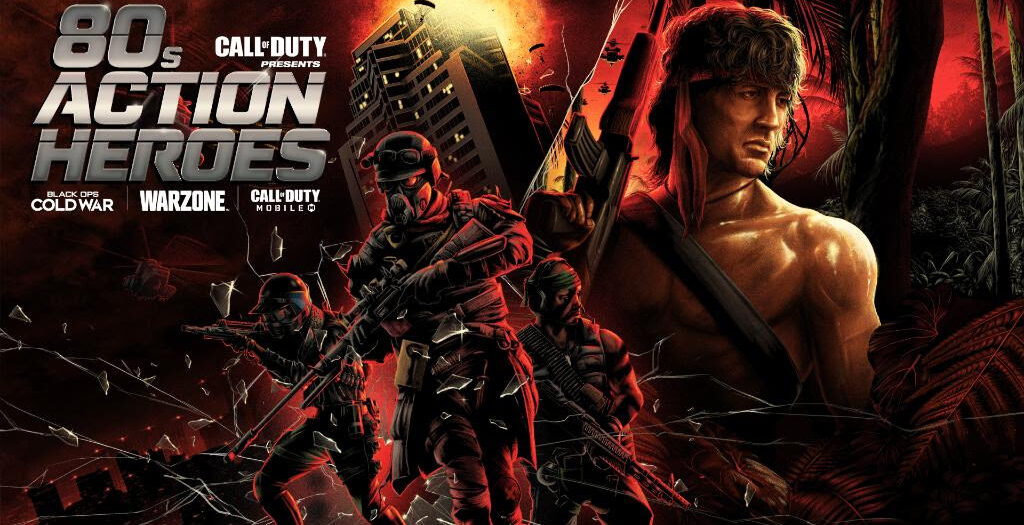 It was rumored to be the case, and now Activision has all but confirmed that Call of Duty is about to get significantly more 80s-infused.

We need a hero(es)

So what’s exactly happening here? Well, from the looks of it, Call of Duty’s current crop of titles are about to get some good old fashioned action heroes. 1980’s-style of course.

Not yet officially announcing anything really, Activision’s Call of Duty Twitter tweeted out the following today:

So right there and plain as day is John Rambo. Sly Stallone’s military superhero is a lock for CoD, and really so is Die Hard’s John McClane. Played by Bruce Willis in the movie series, McClane may not be shown in the image above, but Die Hard is mentioned. So if he’s not going to be in Call of Duty, it’d be pretty weird. They’re apparently coming up soon too, with the May 20th date listed.

The only other bit of info to share right now is that the two heroes will be coming to the entire spectrum of CoD titles. So you can expect to see them appear in Call of Duty Black Ops: Cold War, as well as Warzone, and Call of Duty Mobile.

Jason's been knee deep in videogames since he was but a lad. Cutting his teeth on the pixely glory that was the Atari 2600, he's been hack'n'slashing and shoot'em'uping ever since. Mainly an FPS and action guy, Jason enjoys the occasional well crafted title from every genre.
@jason_tas
Previous Nintendo Download: Investigate the Clues and Uncover Nintendo History
Next Trailer: Behold Motoko’s Thunderdome in Shadow Warrior 3