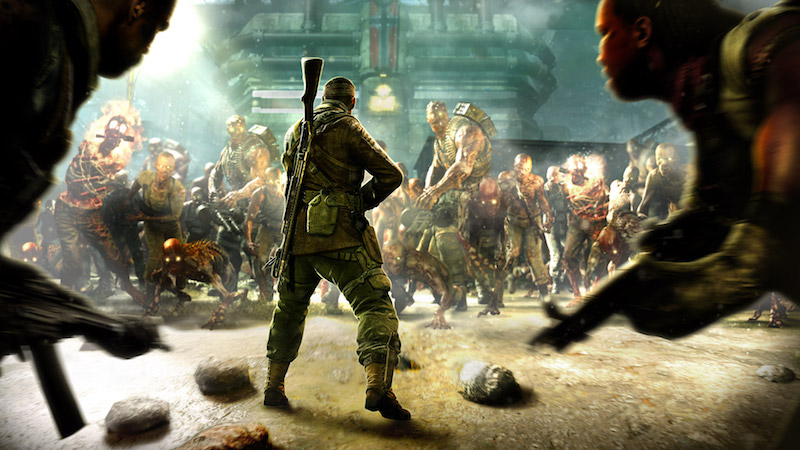 The horde of the undead is ever-shambling forward, as Zombie Army 4’s 3rd season of content is officially a go. Expect lots more undead-blasting.

Terminal Error is the first mission in Season 3’s new three-part campaign, Return to Hell. A horrifying transmission leads you and your fellow deadhunters to a mysterious derelict base on the Italian coast. Battle your way through a huge, open-ended level and put a stop to the sinister machinations lurking in the shadows.

Developed by Rebellion in collaboration with Flix Interactive and Radical Forge, Terminal Error is a mission for 1-4 players, available now in Zombie Army 4 as part of Season Pass 3.

Terminal Error is available separately for $6.99 USD, or as a part of the season 3 bundle for $34.99 USD. This first installment is just the beginning of Zombie Army 4’s season 3. Rebellion says that the totally season will encompass 3 new campaign missions, as well as multiple new skins, characters, weapons, and more.

Zombie Army 4 is available now for  PS4, Xbox One, the PC (via Epic, Steam, and the Store), and Google’s Stadia. It’s also playable on the PS5 and Xbox Series X|S, complete with next-gen boosts.

Jason's been knee deep in videogames since he was but a lad. Cutting his teeth on the pixely glory that was the Atari 2600, he's been hack'n'slashing and shoot'em'uping ever since. Mainly an FPS and action guy, Jason enjoys the occasional well crafted title from every genre.
@jason_tas
Previous Marvel teases the Trial of Magneto
Next The latest look at Shadow Warrior 3 takes you to that Damn Dam