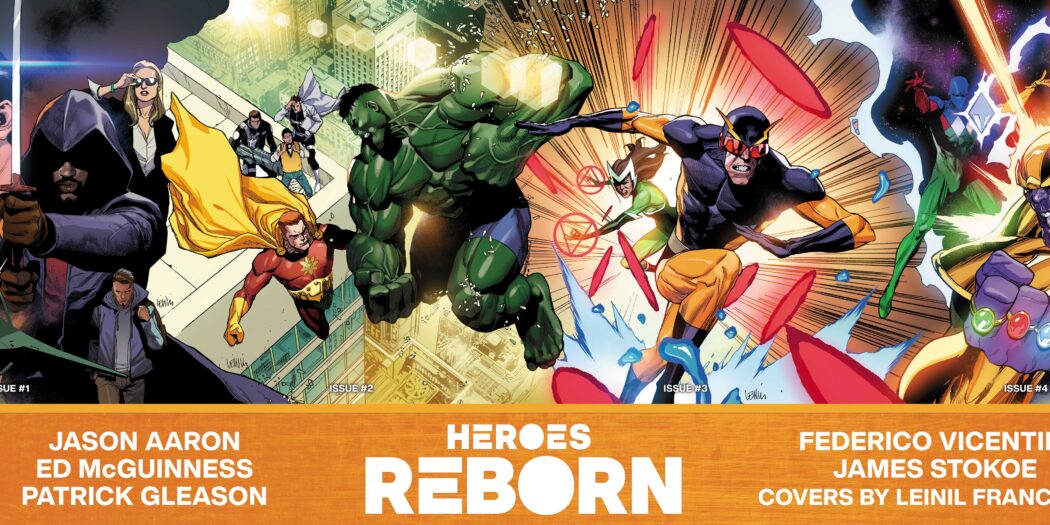 Marvel Comics took the wraps off of their new Heroes Reborn event recently, and the company has now revealed quite a bit more about it.

When Marvel announced the return of Heroes Reborn, I’m pretty sure most fans immediately thought of the 90s event series. I can’t see how anyone couldn’t, since it plays directly off of the name. And also, the main theme of it is that there are no Avengers.

It seems to me anyway, that there was one direction that Marvel would be headed with it. Namely, a continuation of the universe created in the Onslaught event, one where the Avengers mysteriously vanished. But, that’s not the case.

We now know that this is a wholly new universe… maybe. It’s either that or the standard Marvel 616 universe that’s somehow been altered. Blade is the last man alive who seems to be aware of the Avengers in any way and there’s a whole new reality of heroes and villains in their place.

Now Marvel has revealed the first details, by way of some issue breakdowns for numbers’ 1-4 of Heroes Reborn. They’re… interesting to say the least.

Oh, there’s some fresh artwork to check out as well. We have the first cover images, and they’re of the interlocking variety.

Heroes Reborn hits the stands in May 2021.

Jason's been knee deep in videogames since he was but a lad. Cutting his teeth on the pixely glory that was the Atari 2600, he's been hack'n'slashing and shoot'em'uping ever since. Mainly an FPS and action guy, Jason enjoys the occasional well crafted title from every genre.
@jason_tas
Previous Trailer: Season 3.5 of Fall Guys tumbling around now
Next Trailer: Modus Games’ JRPG Cris Tales arriving in July