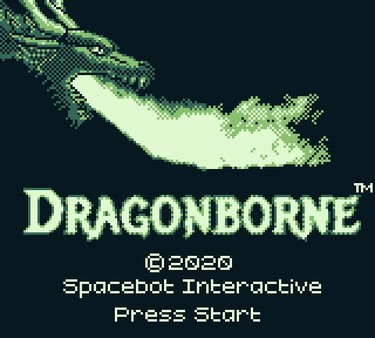 Yes, Dragonborne was originally released on the GameBoy, and pretty recently. It’s thanks to retro-minded studio SpaceBot. And now it’s on PC.

If you don’t know the name SpaceBot, and you’re a GameBoy fan from way back, then you need to get acquainted. The reason? SpaceBot has made a name for themselves recently by producing brand new titles for the Nintendo GameBoy.

We recently reviewed one of them, in the form of Deadeus. The RPG featuring a short quest mean to be replayed, and a world-ending plot, was no throwaway either. These games aren’t made just for the nostalgia. While that’s a part of the flair, if Deadeus is anything to go by these are well-made games in general.

But what do you do if you don’t have an original GameBoy (or one of the successors)? Well, in the case of Dragonborne, another recently released title, you play it on the PC.

Just announced by the studio, you’ll be able to do just that on February 12th. Better yet, you can grab a copy right on Steam. No fancy rigamarole needed.

Dragonborne –with gameplay that is a mix of The Legend Of Zelda – Link’s Awakening, Pokémon and Dragon Warrior– featuring a turn based battle system, various mini quests, and puzzling dungeons.

Jason's been knee deep in videogames since he was but a lad. Cutting his teeth on the pixely glory that was the Atari 2600, he's been hack'n'slashing and shoot'em'uping ever since. Mainly an FPS and action guy, Jason enjoys the occasional well crafted title from every genre.
@jason_tas
Previous Trailer: Real Heroes: Firefighter HD out now on PC
Next WWE Battlegrounds keeps rolling with new roster updates