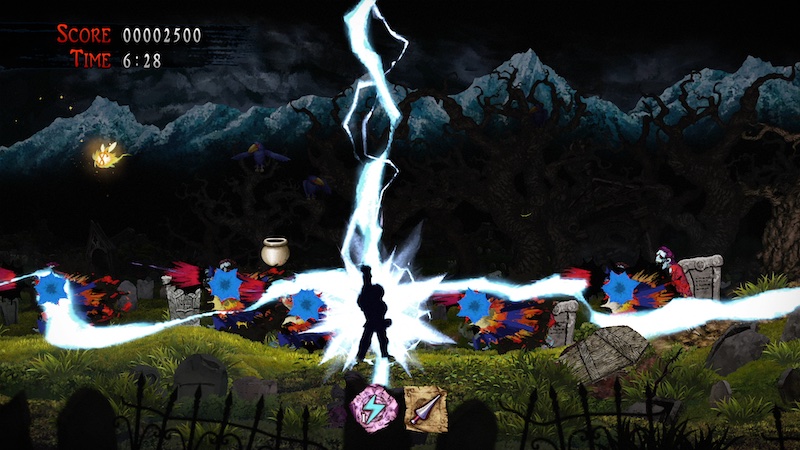 Capcom announced a pair of new titles for the Nintendo Switch at the The Game Awards. The Switch is getting an arcade compilation and the return of an icon.

Now this is tough

Yes, there are some tough to beat games out there in the modern age. Souls-likes and other titles designed to give gamers a real challenge are pretty common now. But if you want a real controller-smashing obstacle, look no further than the classic Ghosts ‘n Goblins series. The Capcom classic and its sequel was an absolute terror decades ago… and now it’s back.

Announce at The Game Awards last night, Capcom will be bringing GnG back for another round on the Nintendo Switch. The new title will be called Ghosts ‘n Goblins Resurrection. But that’s not all, as the publisher also announced a collection of its arcade classics.

Arcade Stadium will cram in a massive 32 arcade titles from Capcom’s catalog. And those include stalwart favorites like Super Street Fighter II Turbo and Bionic Commando, but also stuff like (just plain ol’) Commando and GigaWing.

Unlike GnG, the Arcade Stadium will actually be a free download as a platform. It’s from there that you can separately purchase titles for it. So kind of like a console within a console, if you will. Capcom’s own personal Virtual Console.

Check out the official word on both games below, and expect to see ’em some time in February 2021.

The legendary platforming series rises again, as Ghosts ‘n Goblins Resurrection marks the heroic return of the series, which debuted over 35 years ago. Paying homage to Ghosts ‘n Goblins and Ghouls ‘n Ghosts, the latest entry combines the franchise’s action platforming gameplay with storybook-like graphics and challenging new obstacles. The new entry will once again follow the valiant knight Arthur as he runs, jumps and battles his way through eerie stages set in the Demon Realm, a demonic fantasy world. Arthur must overcome countless ghoulish foes on his quest to rescue the princess from the treacherous grasp of the Demon Lord. Brave knights will need to proceed with extreme caution as terrifying dangers await, including familiar enemies like Zombie, Skeleton Murderer, Pigman and Red Arremer.

Capcom Arcade Stadium will allow players to bring home the electrifying thrill of an arcade with 32 action-packed classics, which includes a free download of 1943 – The Battle of Midway – and the original Ghosts ‘n Goblins as a stand-alone add-on. Retro fans can then choose to purchase up to three different arcade packs that highlight a different era of Capcom arcade goodness, from ‘80s classics like BIONIC COMMANDO and STRIDER to ‘90s favorites like SUPER STREET FIGHTER II TURBO. Players can also purchase the all-in pack containing all three packs of 10 games in addition to the Ghosts ‘n Goblins stand-alone add-on for maximum retro nostalgia. This must-have collection will include (up to four-player) local multiplayer for the games that support it. Additionally, each title comes with a variety of options that can be adjusted such as Game Speed, Difficulty Level, Display Settings, Display Filters and various frames including a variety of 3D-rendered arcade cabinets. Each game also comes with a Rewind feature, allowing players to jump back in time to save themselves (or a friend) from any unforeseen dangers.

Jason's been knee deep in videogames since he was but a lad. Cutting his teeth on the pixely glory that was the Atari 2600, he's been hack'n'slashing and shoot'em'uping ever since. Mainly an FPS and action guy, Jason enjoys the occasional well crafted title from every genre.
@jason_tas
Previous Trailer: Disco Elysium getting “Final Cut” edition
Next Trailer: Ys IX: Monstrum Nox showcases its story