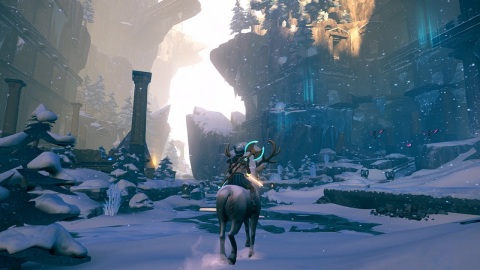 Home / News / Nintendo Download: This is the Rhythm of the Fight

A solid week brings some big games for Nintendo gamers including a little rhythmic boxing, as well as John Wick, Fire Emblem, Immortals, and more.

Swinging for the fences

Nintendo’s odd choices for ‘headline’ games continues this week. It’s a pretty great week for new releases on the Switch, and one that includes Ubisoft’s Immortals: Fenyx Rising and a never before seen (in the US) 8bit Fire Emblem title with Shadow Dragon & the Blade of Light.

And yet, even with that and the likes of John Wick Hex, Commandos 2 HD Remaster and more, we get Fitness Boxing 2 as the headliner. I mean… huh?

Confusion and meaningless picks for ‘title games’ aside though, this is a pretty great week. And there’s a little something for almost every gamer included. Scroll on down and take a peek.

Jason's been knee deep in videogames since he was but a lad. Cutting his teeth on the pixely glory that was the Atari 2600, he's been hack'n'slashing and shoot'em'uping ever since. Mainly an FPS and action guy, Jason enjoys the occasional well crafted title from every genre.
@jason_tas
Previous Prime Gaming heads into the holidays with freebies and more
Next Trailer: Build your own Martian colony in Per Aspera