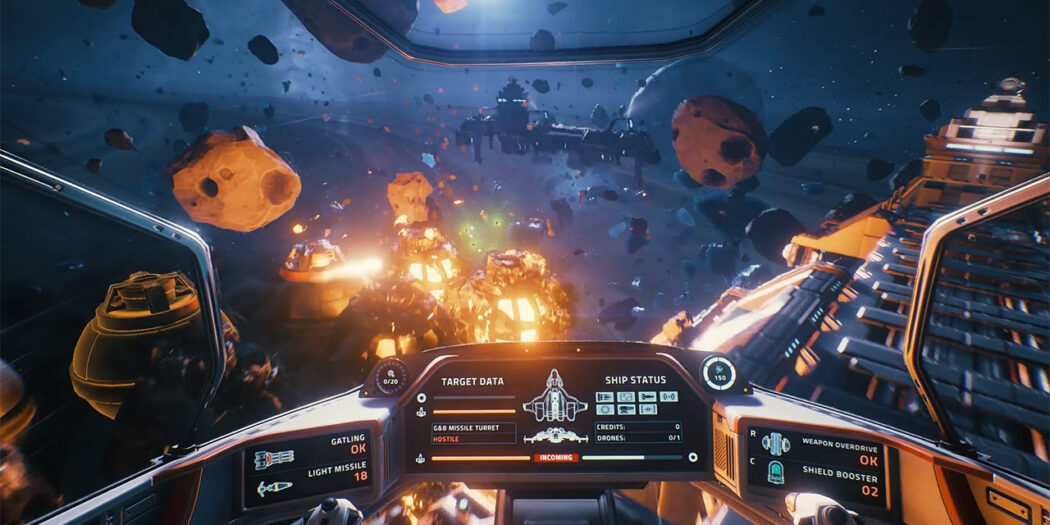 Get ready to take to the space-ways almost anywhere, on almost any device. The roguelike space-shooter Everspace has arrived on Google’s service.

Everspace is still a gorgeous game. It’s been a while since it was originally released, but Rockfish Games’ roguelike shooter still manages to impress. The game is something of a stealth hit, and has sold a shocking 2 million units to present. If you haven’t played it though, then you might be interested to know that it’s made its way to the Stadia platform.

Google’s ‘play anywhere’ Stadia hasn’t gone anywhere, despite a less than impressive launch last year, and continues to accrue big time titles for its subscriber base. Everspace is the latest in that line, and hit the platform today.

“Bringing the original EVERSPACE to Stadia was more than a commercial business decision for us,” said Michael Schade, ROCKFISH Games CEO and Co-founder. “Thanks to Stadia, we can finally offer tens of million space pilots around the globe the chance to enjoy EVERSPACE at a high quality gameplay experience even without owning a capable PC or console.”

Stadia Pro subscribers will find Everspace as a “claim” free of additional charges. Those that are free members of the service will have to pay retail for the title of course, and it’s priced in at $29.99 USD on that end.

The release isn’t the last you’ll hear of the series either. Rockfish says that the Encounters expansion pack is now available as well ($9.99), and a patch in inbound for 2021. That will add in 4K support, as well as “further improvements”.

Jason's been knee deep in videogames since he was but a lad. Cutting his teeth on the pixely glory that was the Atari 2600, he's been hack'n'slashing and shoot'em'uping ever since. Mainly an FPS and action guy, Jason enjoys the occasional well crafted title from every genre.
@jason_tas
Previous Call of Duty: Black Ops Cold War (Xbox Series X) Review
Next Marvel revives Asgard’s Valkyries for King in Black