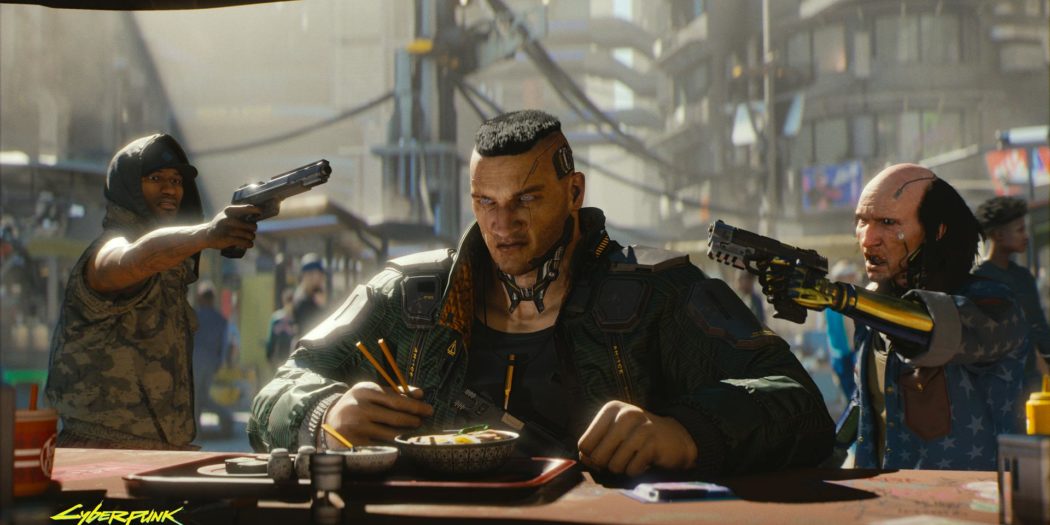 Not the official 5th installment, this Night City Wire is special. Get ready to check out Cyberpunk 2077 gameplay on both Xbox platforms.

So far CD Projekt Red’s Night City Wire presentations have explored quite a bit of the backstory and various elements that have come together to create their massively anticipated first-person RPG Cyberpunk 2077.

This latest edition though, isn’t #5 in the set. Instead, it’s a look at some gameplay from early in the main quest-line, as it appears on the Xbox One X and Xbox Series X consoles. Now, before you check it out, there are a few things you should know.

For starters, this is the same game. There aren’t two different versions of Cyberpunk for the two generations of console. That’s true for the Xbox, and for the PlayStation. Also true is that, if you pick up the current-gen edition next month for either brand, you’ll also be able to play it on said brand’s next generation console.

Of course, doing so means that you’ll get some buffs to your game. But as good as it looks, it won’t be a full ‘next generation’ experience, although that is coming. According to CD Projekt Red, free Xbox Series X|S and PS5 upgrades for owners of the game are coming in 2021. So basically, start playing now, and then bump up to the next big thing next year.

As for that gameplay though, it’s looking very sharp indeed. Hit ‘play’ on the YouTube player below and check it out for yourself.

Jason's been knee deep in videogames since he was but a lad. Cutting his teeth on the pixely glory that was the Atari 2600, he's been hack'n'slashing and shoot'em'uping ever since. Mainly an FPS and action guy, Jason enjoys the occasional well crafted title from every genre.
@jason_tas
Previous Trailer: First-person mystery/puzzler Call of the Sea arrives next month
Next Trailer: Douse a raging inferno in Firefighting Simulator – The Squad