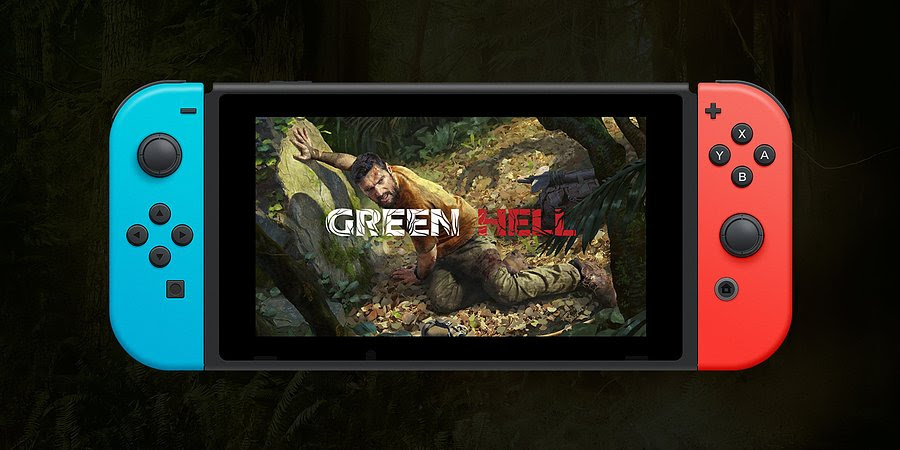 Green Hell makes its way to the Switch today

Survival game Green Hell comes to Switch from the PC today, as the first in a line of console ports that will see the game also arrive on PS4 and Xbox One.

Imagine being trapped in a steamy, overgrown jungle. It’s a place that is as inhospitable to modern humans as it is welcoming to pretty much every there type of life on Earth. Oh, and everything is out to kill you. That’s just where you find yourself in Green Hell, a formerly-PC exclusive from Creepy Jar.

Survival is the game of this game, and that includes crafting items as much as it does staying away from predators.

Here’s just some of what you’ll find if you dive into the Nintendo Switch port of Green Hell today:

Green Hell is out now, and will run you $24.99 USD. If you buy before October 28th though, you’ll nab yourself a 10% discount off of that. And if you own Thief Simulator, Hollow, Timberman VS, or Panzer Dragoon: Remake, then you can take 33% off.

Aside from the Switch port, Green Hell is also coming to the PS4 and Xbox One in 2021. But there’s more to report about the game’s future than just that. Creepy Jar has also released a roadmap of DLC and additions.

That includes a huge multi-part expansion called Spirits of Amazonia.

Jason's been knee deep in videogames since he was but a lad. Cutting his teeth on the pixely glory that was the Atari 2600, he's been hack'n'slashing and shoot'em'uping ever since. Mainly an FPS and action guy, Jason enjoys the occasional well crafted title from every genre.
@jason_tas
Previous Trails of Cold Steel IV hits pre-order, gets bonuses
Next Trailer: Henchmen makes it’s semi-villainous debut