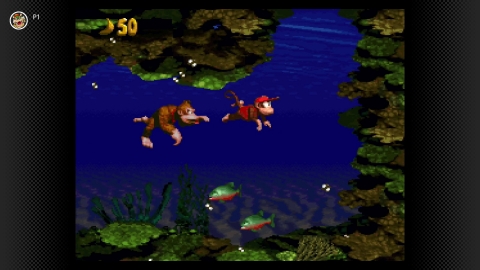 Ready for another round of SNES (and NES) titles on the Switch’s subscriber service? A true classic is coming up with the original Donkey Kong Country.

Going to the country

There are quite a few Super Nintendo games that have stood the test of time. The best of these showcase the pinnacle of the 16bit era’s graphics, and exceptional play control. That being something of a specialty for Nintendo, they do tend to be first-party games.

Each one of those points gets hit by a game that’s on the way for Switch online subscribers this month, since we’re getting Donkey Kong Country. The first of three games, the original DKC is a true classic, and it has basically been that since it was released.

Not that it’s alone this month though. The service is also getting Natsume Championship Wrestling. Definitely one of the lesser knowns 16bit grapplers, NCW does sound interesting nonetheless. In particular, that the game offers a massive amount of moves per wrestler.

So that’s what’s coming up for the SNES side of things, but Nintendo is very much still supporting their ‘virtual’ NES as well. This month brings The Immortal for that.

All of the above lands on July 15th. Scroll down for the official rundown.

A Nintendo Switch Online membership offers access to growing libraries of classic Super NES and NES games, such as The Legend of Zelda™: A Link to the Past™, Super Metroid™and Super Mario Bros.™ 3.

The paid online service is also a great way to connect and play compatible games online with friends and family around the world. Pay a visit to a friend’s island who also owns the Animal Crossing™: New Horizons game or invite them back to your island and show off all your quirky neighbors and the cool upgrades you’ve made to your home. With online play in compatible games like Pokémon™ Sword, Pokémon™ Shield, Super Smash Bros.™ Ultimate, Mario Kart™ 8 Deluxe, Tetris 99® and many others, a Nintendo Switch Online membership can help you experience everything Nintendo Switch has to offer.

Jason's been knee deep in videogames since he was but a lad. Cutting his teeth on the pixely glory that was the Atari 2600, he's been hack'n'slashing and shoot'em'uping ever since. Mainly an FPS and action guy, Jason enjoys the occasional well crafted title from every genre.
@jason_tas
Previous Shadow Warrior 3 revealed
Next Udon continues to grow Mega Man pin series