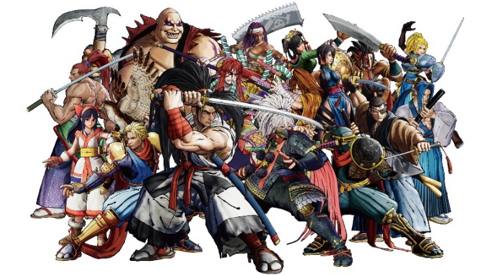 If you’re a PC gamer who’s been waiting for SNK’s latest fighting game, you have some good news today. Samurai Showdown hits next month.

Originally debuting way back in 1993, Samurai Showdown has earned a place as one of the most iconic fighting games around. Like Street Fighter and Mortal Kombat, it’s become an evergreen series.

Thanks to last year’s soft-reboot too, it’s only getting bigger. Launched in late 2019, Samurai Showdown’s latest entry (simply called Samurai Showdown) modernizes the game without scrapping what’s made it the hit that it is.

While only console (and Stadia) gamers had the ability to play originally, it’s now making its way to PC as well. SNK has made it official with a June 11th launch date for both the base title and its 2 expansions. Those add in 4 new fighters apiece, FYI.

You’ll be able to grab a 10% discount for yourself if you pre-order, though there is a slight catch to all of this. Namely, that Samurai Showdown is set to be an Epic Games Store exclusive. That’s a continuing bone of contention for some PC fans, though it probably shouldn’t be at this point. They’re kind of not going anywhere.

In any event, Samurai Showdown will run you $49.99 USD (if you get it at full price), and expansion 1 and 2 will be priced in at $19.99 USD each. If you only want select fighters out of those packs, you can actually do that as well, though they’ll cost you $4.99 USD each.

Jason's been knee deep in videogames since he was but a lad. Cutting his teeth on the pixely glory that was the Atari 2600, he's been hack'n'slashing and shoot'em'uping ever since. Mainly an FPS and action guy, Jason enjoys the occasional well crafted title from every genre.
@jason_tas
Previous Check out the world, story and characters of Wasteland 3 in new dev diary
Next Marvel’s Digital First plans include Cosmic Ghost Rider, Valkyrie