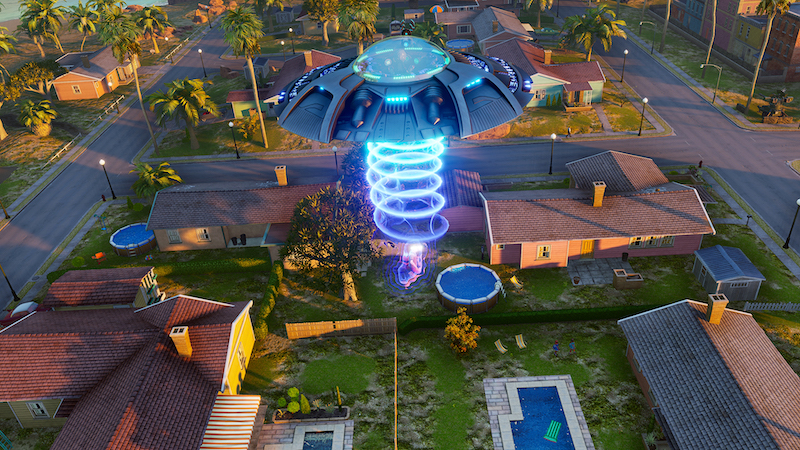 One of the quirkiest open-world games of last-gen, Destroy All Humans is bringing sci-fi action back to consoles and the PC this coming July.

Destroy All Humans!, if you don’t remember, was a sci-fi action game from the other side of the usual equation. Instead of stopping an alien invasion, DAH plunked players in the role of the invader, set towards making life miserable for humanity in general.

There were wacky weapons, crazy objectives, and the ability to abduct people from a UFO. Aside from all of that too, the game looked great. Well, it did for the time anyway.

But now it’s coming back, and at warp speed. The little alien overlord called Crypto-137 is locked, loaded, and once again ready to Destroy All Humans!, as of this July 28th.

I wanted to let you know that my Abducto Beam is finally ready and I’m journeying Earthwards right now. If my calculations are correct then P-Day – that’s Probe-Day to you mortal meat morsels – is set for July 28th, 2020. On that day I will officially Destroy All Humans!

I’ll see you future-victims soon on PC, PlayStation®4, and Xbox One™!”

Jason's been knee deep in videogames since he was but a lad. Cutting his teeth on the pixely glory that was the Atari 2600, he's been hack'n'slashing and shoot'em'uping ever since. Mainly an FPS and action guy, Jason enjoys the occasional well crafted title from every genre.
@jason_tas
Previous Ion Fury hitting consoles in short order
Next Check out the latest Wasteland 3 screens