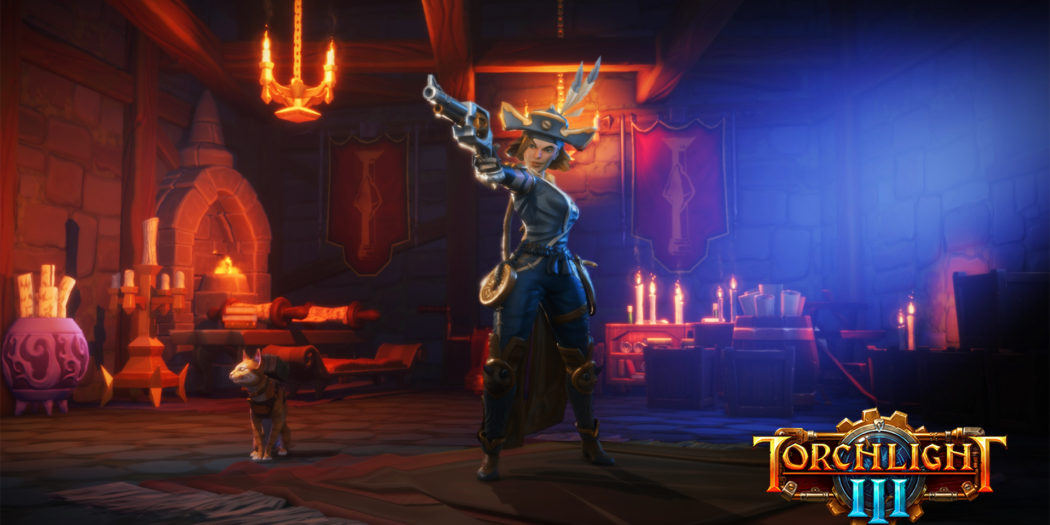 Lock and load, there’s a new class to meet in Torchlight III. The Sharpshooter wields ranged weapons, and is willing to bend the rules.

We’ve already learned quite a bit about the forthcoming Torchlight III. For starters, we found out it’s a pretty different game than it was originally. TL3 has morphed from an online multiplayer type of game into a true sequel to Torchlight II. This one’s campaign heavy.

We’ve also met three of the game’s classes. The Dusk Mage, Forged (mechanized), and “locomotive-conducting” Railmaster have all been revealed. Now we get one more, with the Sharpshooter.

Armed with a signature bow, the Sharpshooter can fire off a barrage of shots to destroy enemies from a distance. While exploring the different biomes featured in Torchlight III, players can level up powerful skills that help the Sharpshooter deploy a series of dirty tricks and regenerate precious ammo (additional details available on the game’s official blog). The Sharpshooter joins previously announced hero classes including the magical Dusk Mage, mechanized Forged and locomotive-conducting Railmaster.

Torchlight III has no release date just yet, but is expected to hit the PC see time later this year.

Jason's been knee deep in videogames since he was but a lad. Cutting his teeth on the pixely glory that was the Atari 2600, he's been hack'n'slashing and shoot'em'uping ever since. Mainly an FPS and action guy, Jason enjoys the occasional well crafted title from every genre.
@jason_tas
Previous Get a better look at PureArts’ Cyberpunk 2077 figures
Next Skatboarding game Session gets new mode and more