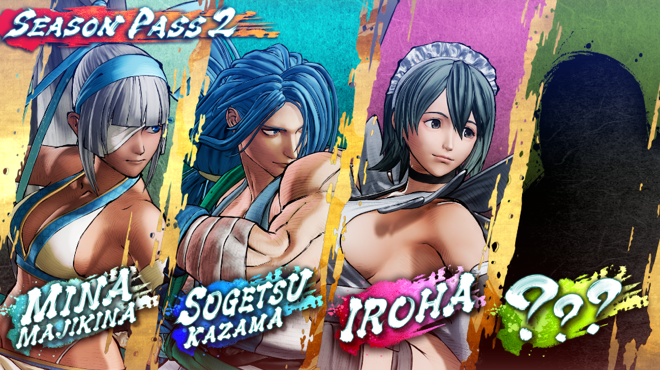 Three out of the four new fighters coming in season 2 of SNK’s Samurai Showdown reboot have been revealed. Check out the fresh trailer.

With one season of new content in the bag, SNK is prepping a second round of downloadable content for their newest Samurai Showdown. Released last year for PS4 and Xbox One, the new version of the classic fighter returned the series to its former glory, with 2D action and lots of classic characters.

The roster expansion continued with an initial season of DLC, and now is set to roll on into season two. Fans can expect a trio of returning fighters (at least) with one mystery combatant yet to unveiled.

Samurai Showdown is available now for the PS4 and Xbox One, as well as the Stadia, with a Nintendo Switch version landing on February 25th.

Jason's been knee deep in videogames since he was but a lad. Cutting his teeth on the pixely glory that was the Atari 2600, he's been hack'n'slashing and shoot'em'uping ever since. Mainly an FPS and action guy, Jason enjoys the occasional well crafted title from every genre.
@jason_tas
Previous Journey to the Savage Planet (PS4) Review
Next Torchlight Frontiers is becoming Torchlight III