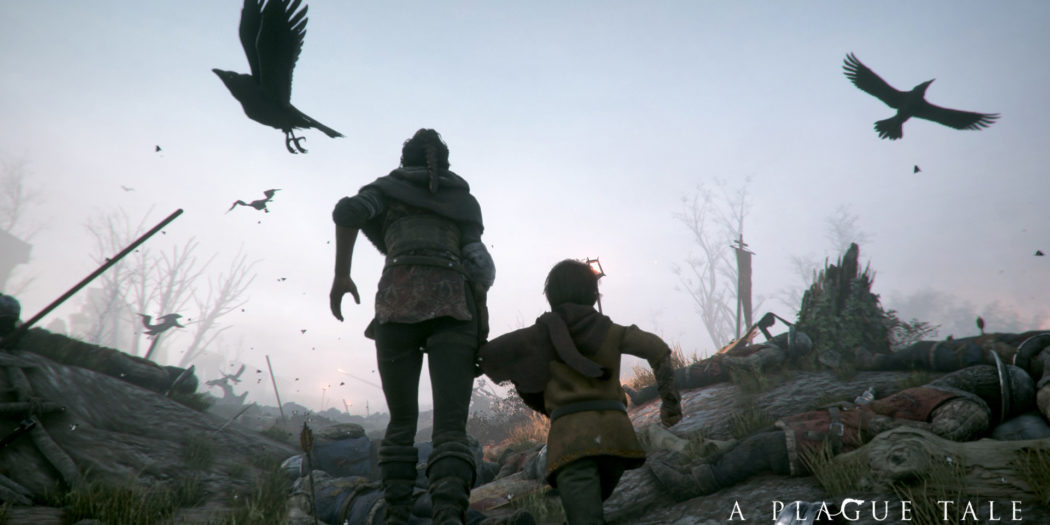 The Xbox’ all you can play subscription service has another gem to tout as A Plague Tale: Innocence has arrived for both Xbox One and PC.

There are few times in recorded history that are as ominous and forbidding as the era of the plague in Europe. The virus rampaged almost unchecked through the continent, slaughtering scores of people from every walk of life.

And now it’s back… well it is in video game form anyway. A Plague Tale: Innocence takes the so-called black death and shakes in a heaping helpful of mystic evil for a game that looks pretty freaking sharp.

A Plague Tale: Innocence tells a grim, emotional story with enticing gameplay and darkly dramatic presentation. Follow young Amicia and her brother, Hugo, as they attempt to survive a harsh, brutal world scarred by war and the Black Death. On the run from the Inquisition and surrounded by unnatural swarms of rats, the siblings’ harrowing journey will not leave them unscathed.

If you’re one of the gamers who missed out on this one, you’re patience is about to be rewarded. That’s because the game has been added to Microsoft’s Game Pass service for both the Xbox One and PC.

A subscription service, Game Pass allows members to download and play any of the games offered for one monthly fee. Not a subscriber? You can still go the old fashioned way and buy a copy of A Plague Tale.

It’s out now on the Xbox One, and also the PS4 and GOG and Steam on the PC. And if you’re really in love with the game, there’s merch to be had as well. Click here to check it out.

Jason's been knee deep in videogames since he was but a lad. Cutting his teeth on the pixely glory that was the Atari 2600, he's been hack'n'slashing and shoot'em'uping ever since. Mainly an FPS and action guy, Jason enjoys the occasional well crafted title from every genre.
@jason_tas
Previous The Flash #750 takes a trip through the decades
Next New Gentle Giant pre-orders include Ghostbusters, Marvel, and Star Wars