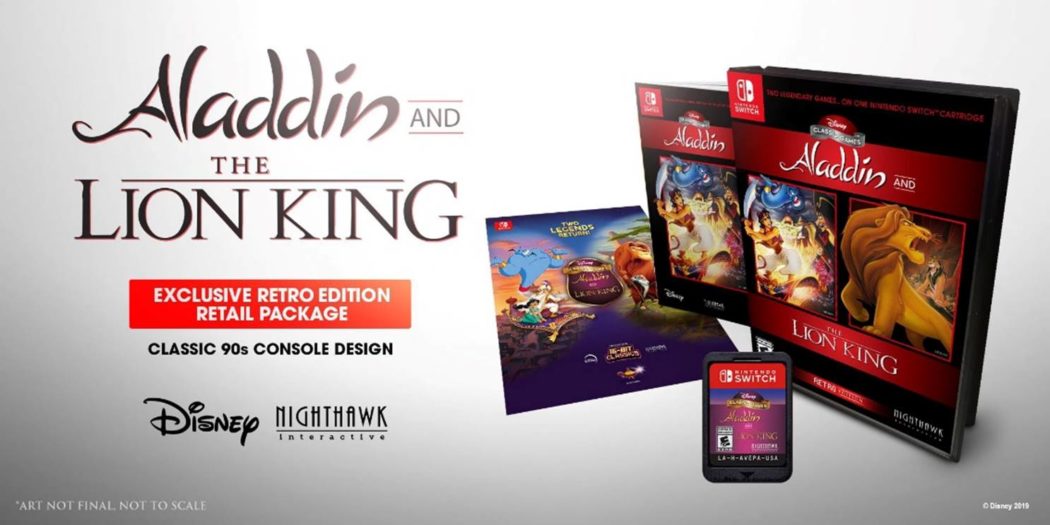 Big Disney fans and 16bit-era gamers both will want to see the special editions that Nighthawk has cooked up for Disney Classic Games.

When Disney Classic Games launched back in October, there were no special editions to take home. There was the game itself and that was about it. Well, no more, as Nighthawk Entertainment has published a pair of Retro Editions, exclusively for the Nintendo Switch version of DCG.

The game itself is as it was, and includes multiple versions of both The Lion King and Aladdin on a single Nintendo Switch cart. The packaging though, is all new. One version sports the chunky rectangular box that SNES titles shipped in, while the other has the iconic Genesis clamshell.

Additionally, both versions harken back to the silver age of gaming in another way, and come complete with both a poster and a full-color, printed manual. So not only do they look 90s appropriate on the outside, but on the interior as well.

Both editions are available right now via Best Buy, with a price tag of $49.99 USD each. Get ’em via the links below.

Need a refresher on the game itself?

Jason's been knee deep in videogames since he was but a lad. Cutting his teeth on the pixely glory that was the Atari 2600, he's been hack'n'slashing and shoot'em'uping ever since. Mainly an FPS and action guy, Jason enjoys the occasional well crafted title from every genre.
@jason_tas
Previous Modern Warfare expands with Season 1 today
Next Dark Horse’s Starship Down explores ancient astronauts