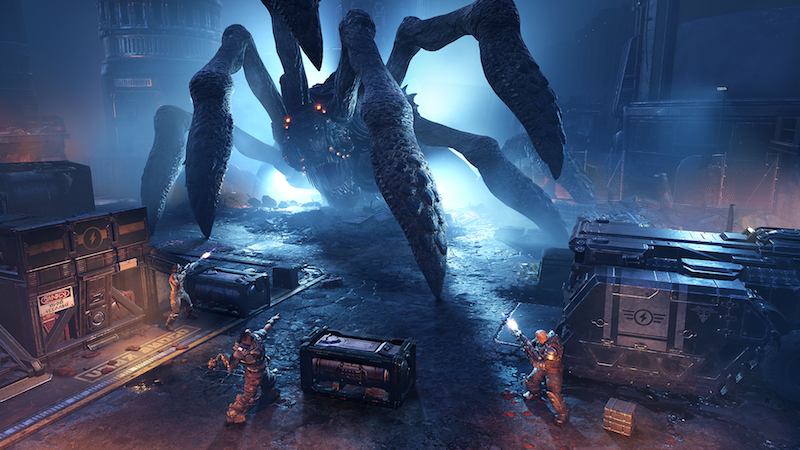 Gears of War gets tactical in 2020 with a turn-based spinoff to the popular third-person action series. Here’s a smattering of new screenshots.

Gears Tactics had it’s gameplay premier at the Game Awards last night, and what we saw was promising. Yeah, all the press might be about the Series X, but Gears Tactics needs a look too, especially if you’re a long time fan.

The game takes players back to a mostly unseen era, the beginning of the war with the Locust. That’s right, this is old school Gears, complete with Grubs, Wretches, Brumaks, and a brand new villain.

And as you’ll see in the trailer below, it’s quite the looker too.

Seems like there’s quite a bit of customization to be had here too. Not to mention those cinematic kills. Pretty slick stuff.

For those Gears fans who’re a little apprehensive about the gameplay getting too slow with this new approach too, maybe don’t be. Microsoft is promising a “fast-paced” experience with Gears Tactics.

We’ll see much more on this one in short order though. So if you’re not quite sold yet, stay tuned. Gears Tactics is set to arrive on the Xbox One on April 28th, 2020.

Jason's been knee deep in videogames since he was but a lad. Cutting his teeth on the pixely glory that was the Atari 2600, he's been hack'n'slashing and shoot'em'uping ever since. Mainly an FPS and action guy, Jason enjoys the occasional well crafted title from every genre.
@jason_tas
Previous Get in the Holiday groove with Crash Team Racing’s Winter Festival
Next Gill arrives for Street Fighter V, Seth announced