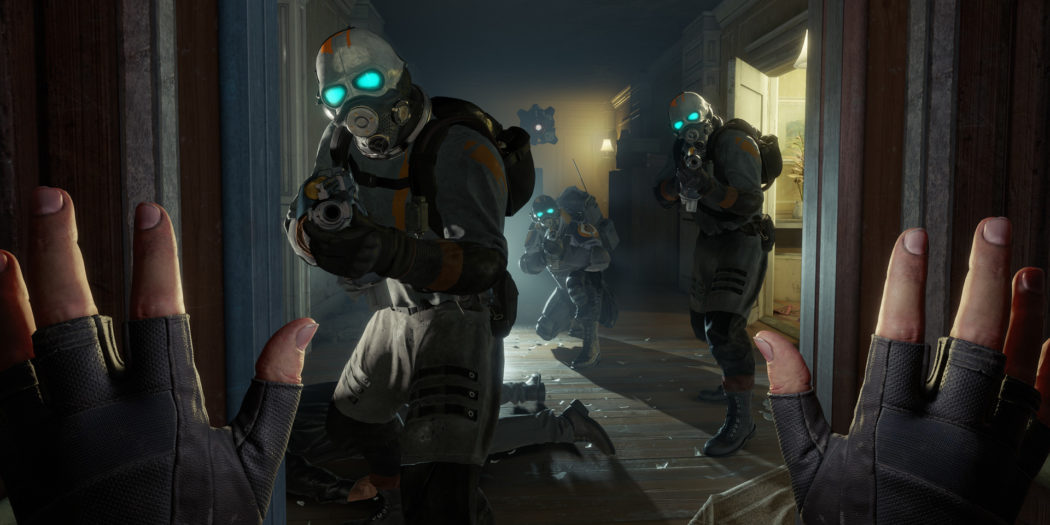 Home / News / Here’s that Half-Life: Alyx trailer from this weekend

Here’s that Half-Life: Alyx trailer from this weekend

Oh my has it been a while. We haven’t seen any hint of Half-Life’s universe since Episode 2 of Half-Life 2 in 2007. But any fans who had given up on the first-person shooter series were in for a surprise this past weekend, when a fresh sequel was announced.

Not a traditional sequel however, Half-Life: Alyx is a virtual reality title. But before you start dismissing it as a gimmick, check out the trailer. Other than the fact that you need a headset to play it, Alyx looks like a pretty awesome time.

Starring Alyx Vance (obviously), a non-playable hero from Half-Life 2, this prequel seems like it features almost everything that made the series’ story so cool.

Looks good, right? I feel like the whole ‘double handed’ interface might be a little bit of an issue for those looking for a more traditional FPS experience, but it does sound solid regardless.

Valve is talking up a tremendous amount of interactivity for this one, as it hits right alongside the company’s Valve Index headset. Imagine grabbing a head crab before it latches onto you, and then tossing it out of a window. I’m no fan of motion controls, but that does sound great. Oh, and the answer to your question is ‘no’, you don’t need an Index to play. Oculus or the Vive will work just fine.

Half-Life: Alyx lands on the PC this this March. No word of console releases just yet, but we’ll keep you updated.

Jason's been knee deep in videogames since he was but a lad. Cutting his teeth on the pixely glory that was the Atari 2600, he's been hack'n'slashing and shoot'em'uping ever since. Mainly an FPS and action guy, Jason enjoys the occasional well crafted title from every genre.
@jason_tas
Previous Carrion – DEMO (PC) Review
Next Retro shooter Wrath enters early access