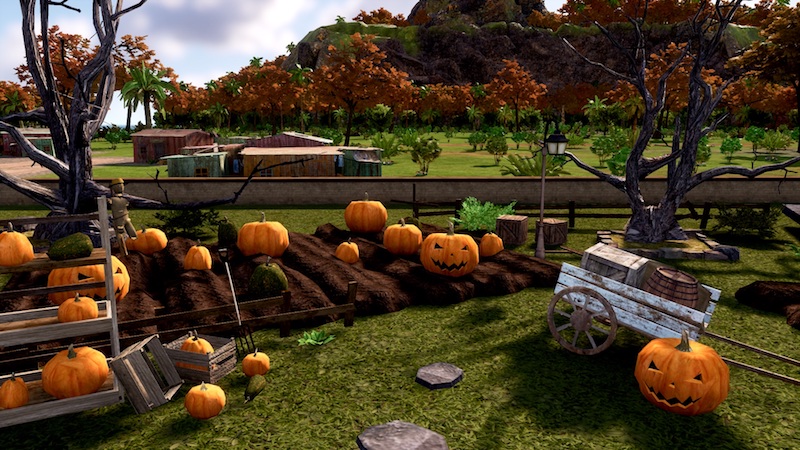 Get a little festivity into your dictatorship with Tropico 6’s newest content addition, an in-game event that brings Halloween fun to the tropics.

You might not think of holidays when you typically think of military dictatorships, but then again the game is kind of open in that regard. If you haven’t played it, the game is not only one of the best city-builders in a while, but it also lets you play with the politics. So you don’t actually have to have much of a classic Tropico-style experience from that angle, if you don’t want to.

So maybe this makes sense then. Either way, it’s neat. It’s probably safe to say that most gamers dig Halloween, and being able to add a little seasonal flavor to your own Tropico civilization is just too fun.

In all, the new content includes some pretty cool stuff, but not enough that it’ll completely take over your game. Expect to see:

If you do want to get in on the fun, you might want to move quickly. The event will be running through November 7th only.

Jason's been knee deep in videogames since he was but a lad. Cutting his teeth on the pixely glory that was the Atari 2600, he's been hack'n'slashing and shoot'em'uping ever since. Mainly an FPS and action guy, Jason enjoys the occasional well crafted title from every genre.
@jason_tas
Previous New horror title Underworld Dreams coming to Switch
Next GAME releases first gift guide of the holiday season