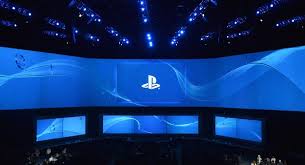 It’s nothing Earth-shattering, but Sony has released the first real details for the upcoming PS5. That includes a launch window of Holiday 2020.

One more time, for the players

After the reveal at E3 last summer, Sony locked down PS5 talk considerably. In fact, we haven’t really heard anything new about the next generation of PlayStation since.

That is, till this week, when Sony decided to let just a little more out of the bag. One of those reveals was the release date, or more precisely the release window. Apparently this time next year we’ll be on the eve of the PS5’s launch. Yes “Holiday 2020” is the date for Sony’s latest hardware, which they’ve also confirmed to be named “PS5”, not that that was ever in doubt.

Additionally, Sony’s Jim Ryan (President & CEO, SIE) talked a bit about the new controller. The PS5 pad will trade out “rumble” for “haptic feedback”. More than just a buzzword, Ryan explains that the new haptic system will allow for the conveyance of truly different feedback to the gamer.

Then there’s adaptive triggers. This will be incorporated into the L2 and R2 buttons on the new controller, and will better simulate actions in games. According to Ryan, developers can actually program one of the buttons to simulate the “sensation” felt from drawing a bow, etc.

All in all, that’s some cool sounding new tech. Developers have actually started receiving early samples of the controllers too, so I’d imagine it won’t be too long before we start seeing some reaction and maybe some imagery.

Stay tuned, lots more to come for the PS5. If you’d like to read more now, check out Ryan’s full statement via the link below.

Jason's been knee deep in videogames since he was but a lad. Cutting his teeth on the pixely glory that was the Atari 2600, he's been hack'n'slashing and shoot'em'uping ever since. Mainly an FPS and action guy, Jason enjoys the occasional well crafted title from every genre.
@jason_tas
Previous Spec Ops returns for Modern Warfare in new trailer
Next The Sinking City (Switch) Review