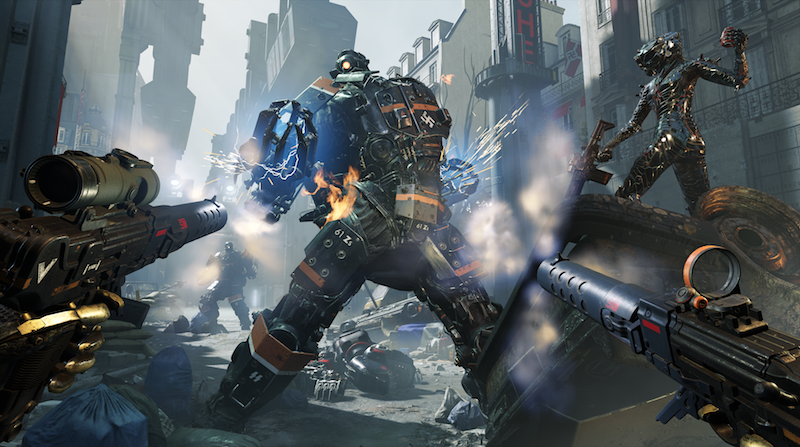 Host of improvements come to Wolfenstein Youngblood with pair of patches

The patches have already begun to hit for various platforms, and upgrade Youngblood with improvements both visual and technical.

Wolfenstein Youngblood landed on consoles and the PC last month, and brought with it a new era for the series. Gone was BJ, replaced by his daughters. Also gone was the 60s, which gave rise to an alternate 1980s. And on top of all of that, gone was the strictly single player method of play. Yes, Wolf had gone co-op.

We reviewed Youngblood here, and found that most of what developers MachineGames and Arkane did was solid, if not quite as sublime as the FPS series has been. Nonetheless, there were some issues that definitely could have used some ironing out.

Patch 1.0.4 (out now) includes a series of alterations, including the ability to pause while playing offline. I honestly didn’t even think about that while I was playing, since this is primarily a co-op affair. Looking back on it though, it’s insane that that wasn’t an option right from the jump. The full patch notes are right here if you’d like to look them over and see what’s all included.

Just don’t get too excited if you’re playing on the Nintendo Switch, as 1.0.4 is not live there just yet. Bethesda says that it’s coming though, and will arrive simultaneously with patch 1.0.5 in “the coming weeks”.

Here’s some of what’s included:

As to when the above will be appearing on consoles, that hasn’t been announced. Stay tuned.

Jason's been knee deep in videogames since he was but a lad. Cutting his teeth on the pixely glory that was the Atari 2600, he's been hack'n'slashing and shoot'em'uping ever since. Mainly an FPS and action guy, Jason enjoys the occasional well crafted title from every genre.
@jason_tas
Previous The Sinking City revealed on Switch
Next 1000toys redesigns Halo’s Master Chief for new figure