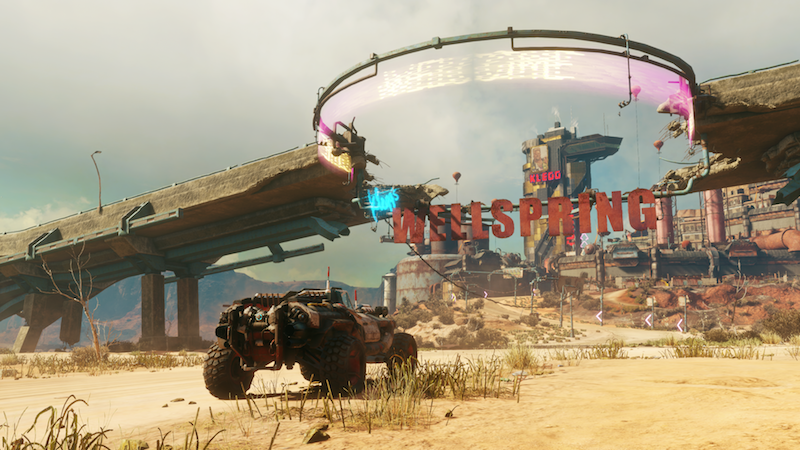 BG’s Game of the Month for May is Rage 2

There was one massive game that saw release in May, and it’s nabbed our Game of the Month honors. It almost didn’t though, with an odd challenger.

I was actually going to say something here about the summertime doldrums. You know, the time of year where there are really no great games coming out? Only I really can’t.

Kind of like last year, 2019 has seen great games arrive in every month on the calendar, and that includes last month – June. May though, was a little bit of a modern aberration. That’s because there weren’t too many truly great titles seeing retail shelves.

There were a few though, and our Game of the Month was stunningly close. Like, terrifyingly close, since the game that took silver for May was about a cat in a mech suit.

Thankfully though, it didn’t win, and the actual GotM is pretty great. That, of course, was Bethesda’s Rage 2.

Rage 2 excels in numerous ways. It’s good looking, plays great, and seems to get the driving elements included in a way that doesn’t feel like it’s keeping you from blasting bad guys. There are some technical issues with the graphics though, and if you’re picky about presentation you might find fault with Rage 2 in some ways.

As you can clearly see in the snippet above, Rage 2 isn’t perfect. It really is an improvement over the original though (which I also liked) and comes through with new gameplay mechanics and some well-implemented driving. If you’re not completely turned off by open-worlds at this point, I think you’ll dig it.

That brings us to the runner up for May: Gato Roboto.

Now, to be fair, Gato Roboto does look pretty slick. It’s a title that’s crafted to look like a black & white version of a GameBoy game. Emphasis on the “black & white” there, since everyone knows that GameBoy games were not that, they were pea-green.

Nevertheless though, Gato Roboto otherwise does a phenomenal job of replicating a (admittedly great looking) GameBoy title from the early 90s. It’s about a cat… in a mech suit.

We didn’t publish a review, but you can check it out in action below:

Jason's been knee deep in videogames since he was but a lad. Cutting his teeth on the pixely glory that was the Atari 2600, he's been hack'n'slashing and shoot'em'uping ever since. Mainly an FPS and action guy, Jason enjoys the occasional well crafted title from every genre.
@jason_tas
Previous Xbox Games With Gold: Inside, Big Crown: Showdown, Castlevania, and Meet The Robinsons
Next PS Plus free games for July include androids and racing