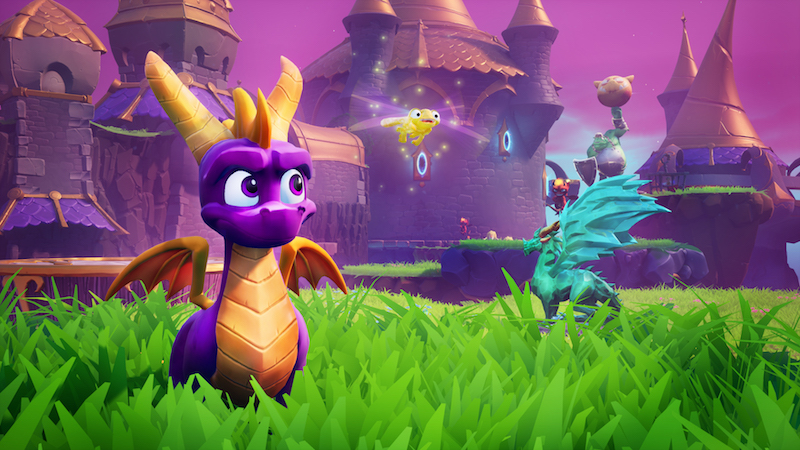 Spyro Reignited Trilogy is coming to the Switch, as announced by Activision this E3. Making less of a splash, it’ll soon be on PC too.

The dragon is back

Following in the footsteps of fellow Activision property Crash Bandicoot, Spyro the Dragon is back. The action/platforming hero has returned for modern audiences in a triple set of classic games, remade from the ground up.

Also following in the footsteps of Crash, is Spyro’s release calendar. Sort of. While the Reignited Trilogy first appeared on both PS4 and Xbox One, it did not initially receive Switch and PC launches. And it kind of didn’t look like it was going to get them either.

At this current E3 show though, Activision announced just that. Both editions of Spyro Reignited Trilogy will be hitting retail, and both of them look to duplicate the experience from other platforms.

Spyro Reignited Trilogy is ready for pre-order right now, and will run you $39.99 USD. It’ll land on store shelves some time this summer.

Jason's been knee deep in videogames since he was but a lad. Cutting his teeth on the pixely glory that was the Atari 2600, he's been hack'n'slashing and shoot'em'uping ever since. Mainly an FPS and action guy, Jason enjoys the occasional well crafted title from every genre.
@jason_tas
Previous E3 2019: Wasteland 3 arrives spring 2020
Next Silver Surfer: Black debuts in stores, gets trailer