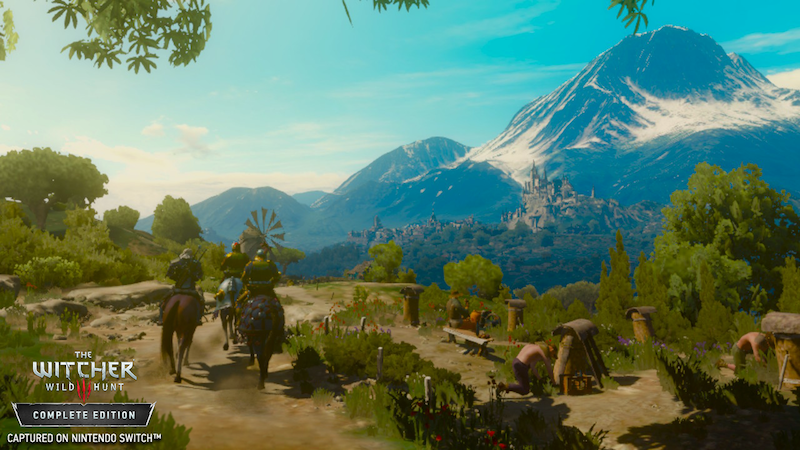 How did CD Projekt Red get The Witcher 3 onto the Nintendo Switch? Magic, maybe? It is on the way though, and in “complete” form.

Witching on the go

No, it doesn’t look as good as The Witcher 3 does on other consoles. That’s obvious. But it’s not looking bad either, and it’s still The Witcher 3 on Nintendo Switch. That is pretty damn impressive in and of itself.

It doesn’t sound like there’re any limitations to the Switch’s version of The Wither 3 either. You get the whole big, open-world, just as it appears everywhere else. And not just that, but it’s a Complete Edition to boot.

That means that gamers will be getting not just the full game, with it’s 100+ hours of gameplay, but also the expansion packs. Previously sold separately, both story expansions of Hearts of Stone and Blood and Wine will be in the box with the base game. That, is… even more mind boggling.

Unfortunately there isn’t a release date for this one just yet. CD Projekt Red does say though that fans can expect to see it appear on Nintendo’s console by the end of the year. Here’s to hoping that it comes along sooner than later, so Switch fans have a grand adventure to take with them on vacation this summer.

Jason's been knee deep in videogames since he was but a lad. Cutting his teeth on the pixely glory that was the Atari 2600, he's been hack'n'slashing and shoot'em'uping ever since. Mainly an FPS and action guy, Jason enjoys the occasional well crafted title from every genre.
@jason_tas
Previous Crash Team Racing gets free “seasonal content” (and Spyro)
Next E3 2019: The Sinking City to rot the Nintendo Switch this fall