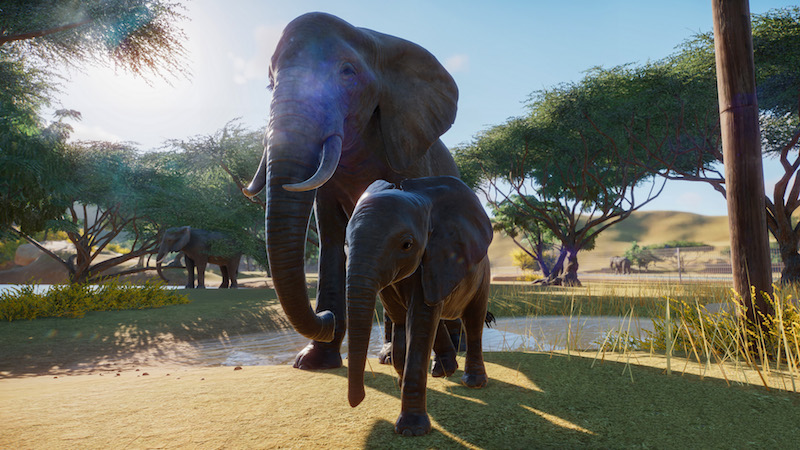 The park is open for business this fall, as Planet Zoo gets a November release date on the PC. Pre-orders are live now for the park-builder.

If you saw the PC gaming show from E3 yesterday, then you saw one of the more impressive park-builders in years. And I mean that in terms of scope and looks. Planet Zoo is flat-out gorgeous.

Planet Zoo features a campaign mode as well as a sandbox playground feature. So you’ll be abel to both tackle issues and objectives, or just make the zoo of your dreams.

Developer Frontier also says that the AI in play here will be something new. The animals in your zoo will be able to ” think, feel and explore the world you create around them”. Depending on the animal, I’d imagine that could prove dangerous to park goers.

But according to the devs, it’s not the human attendees that are the focus of the title. Instead that emphasis is squarely on the animal residents, as you’ll have to get creative with enclosures. The end-goal of this one is to “manage a truly modern zoo where animal welfare and conservation comes first.”

Planet Zoo is available to pre-order right now on Steam for $44.99 USD. There’s a deluxe version for $10 more too. That one will net you the game itself, plus:

Jason's been knee deep in videogames since he was but a lad. Cutting his teeth on the pixely glory that was the Atari 2600, he's been hack'n'slashing and shoot'em'uping ever since. Mainly an FPS and action guy, Jason enjoys the occasional well crafted title from every genre.
@jason_tas
Previous E3 2019: Nintendo Direct Roundup
Next Previews announces 1000Toys’ Nero from Devil May Cry V