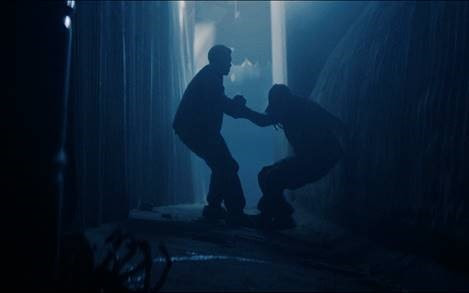 The third in a series of short films based on the iconic Alien series is now live. Night Shift focuses on a missing, and possibly drunk, space trucker.

Yes, a space trucker. You read that right. That’s what Alien: Night Shift is all about. If you’re in the dark as to what I’m talking about, you’ve got a nice surprise. A set of 6 short films based on the Alien universe are being released for the franchise’s 40th birthday.

Each one will has a different setting and director. And of course each one will also try to capture some of that old fashioned Alien terror. Alien: Night Shift is the 3rd of them. It sounds suitably creepy… even though the term “space trucker” is a tad silly.

When a missing space trucker is discovered hungover and disoriented, his co-worker suggests a nightcap as a remedy. Near closing time, they are reluctantly allowed inside the colony supply depot where the trucker’s condition worsens, leaving a young supply worker alone to take matters into her own hands.  Written and Directed by Aidan Brezonick

You can check out the film exclusively on IGN here.

It might be hard to believe, but this year is the 40th anniversary of the original Alien film. That’s why we’re getting these mini-movies. They might not be a whole new feature, but at least they’re a quintet of new visions of the Alien universe.

From this point, we’ll get one a week till April 26th, that’s “Alien Day” you know (4/26). At that point, once they’re all released, you’ll be able to check out the full collection. Head to the “@AlienAnthology social channels and AlienUniverse.com” for that. There’ll also be some behind the scenes stuff thrown in for good measure.

Miss out on the first 2? Check them out below.

Jason's been knee deep in videogames since he was but a lad. Cutting his teeth on the pixely glory that was the Atari 2600, he's been hack'n'slashing and shoot'em'uping ever since. Mainly an FPS and action guy, Jason enjoys the occasional well crafted title from every genre.
@jason_tas
Previous Microsoft kicks off Xbox Spring Sale
Next Star Wars Episode IX trailer debuts with official title