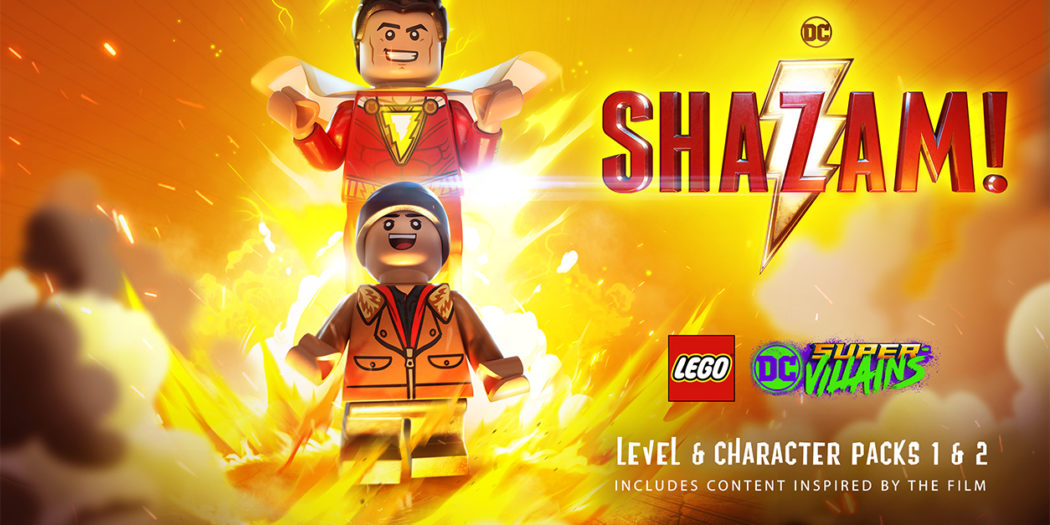 Hitting theater and the latest DC Comics video game is Shazam. The superhero film is represented in the latest batch of downloadable content.

One of the oldest DC Comics heroes has finally made it to the big screen. From the looks of the reviews too, it seems like he’s caught on with audiences, in an adventure that’s flashy and fun, with a good family-centric message.

And now, you can play as him too.

As you can see there, you get a bit more than just Shazam in this pack. Fans will get a map to play around in, as well as the Big Red Cheese’s nemesis Dr. Sivana himself, and more.

The first SHAZAM! Movie Level Pack offers players the chance to master the powers of favorite characters based on the Shazam! film. Players will jump into the action and begin their journey as Billy Batson and Freddy Freeman to fight against the evil Dr. Sivana! The pack includes the ability for Billy Batson to transform into Super Hero Shazam, using his powerful abilities of flight, strength, projectiles, electric beam and more. Players can also see Freddy transform and take on Shazam powers, and unlock the four characters embodying the sins of man including Gluttony, Wrath, Pride, and Envy. These six characters will expand the main game’s already large roster of over 150 iconic DC characters.

The pack is available for download right now for those who own the season pass for LEGO DC Super Villains. If you don’t, the 23rd of this month is when it lands for everyone else.

LEGO DC Super Villains is available for the Xbox One, PS4, Nintendo Switch, and PC.

Jason's been knee deep in videogames since he was but a lad. Cutting his teeth on the pixely glory that was the Atari 2600, he's been hack'n'slashing and shoot'em'uping ever since. Mainly an FPS and action guy, Jason enjoys the occasional well crafted title from every genre.
@jason_tas
Previous New characters take the stage in Samurai Showdown trailer
Next BG Unboxed: Tony Hawk Box Boarders