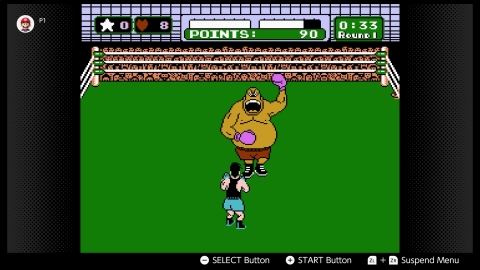 The Switch’s subscriber-only NES virtual console is getting not two but three games this month. And one of them is the original Punch-Out!!.

No, it doesn’t have Iron Mike, but April still brings classic Punch-Out!! action to the Switch’s NES service. The only caveat though, is that the end heavyweight is Mr Dream. There rest of the game is still 100% vintage Punch-Out!! though, and that includes all your favorite punching bags.

Also landing this month is Super Mario Bros: The Lost Levels. Most hardcore fans know that that title is the actual intended SMB2. It saw release only in Japan though, as the US (and rest of the world) got a re-skinned Doki Doki Panic. It was probably a good idea, since several of the international SMB2’s enemies became Mario mainstays. Here though, you get to play the original, which is really just more levels for the first Super Mario title.

And the third game? Star Soldier. I can’t say I know too much about that one. All three though, land on the Switch’s NES this April the 10th.

Here’s the full listing from the press release:

Jason's been knee deep in videogames since he was but a lad. Cutting his teeth on the pixely glory that was the Atari 2600, he's been hack'n'slashing and shoot'em'uping ever since. Mainly an FPS and action guy, Jason enjoys the occasional well crafted title from every genre.
@jason_tas
Previous BOOMSHAKALAKA! Tim Kitzrow comes to Rage 2
Next GameStop to get exclusive Icon Heroes Flash statue