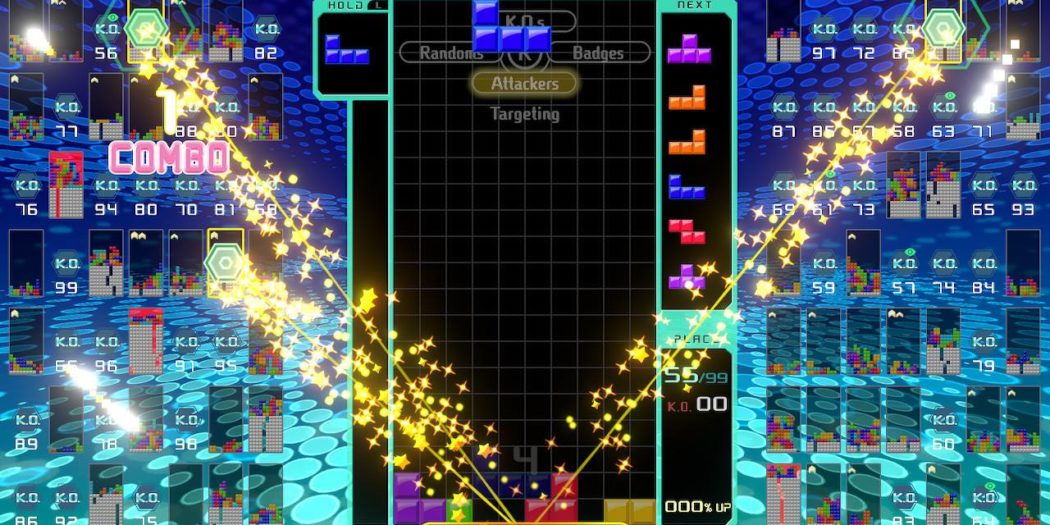 Tetris 99 with Friends is the Unfair Advantage You Need

If you have dreams of turning your friends into allies (or even cursory enemies), then consider Tetris 99 in the way it wasn’t intended.

Get your friends to the menu screen. Somebody counts down, and on “Go,” everybody presses the Tetris 99 start button.

Immediately, you’ll all no doubt be planted into separate lobbies. But call out the number of players as it increases. If you’re a match, you’re set. If you’re not, hold B.

Once a match starts, you can call out the first block, too, because they’re all the same. Just don’t spend time trying to find each other in the beginning, because slowly falling blocks sends the game into a hissy fit. Entire columns of Tetriminos will lodge in your queue before the game has practically started, and when you’re the first person to the top of the screen, everybody set to KO will turn on you in an instant.

(Here’s a quick tip: being set to KO may target someone who is patiently prepping a back-to-back Tetris, and may absolutely back-fire.)

And you won’t have any friends anymore.

Playing with friends adds extra stakes, because you know they might perish too, and the goal becomes the survival of the group.

Supposing you all last long enough, strength can come in numbers at the end. Ideally, one of you might have died, and can figure out who is who to prevent the team from crushing under its own Tetriminos. The top 10 becomes yours to claim. And one of you might become the Tetris 99 champion.

The fewer of you there are, the easier it is to get put into the same group, but without a true squad, you may end up looking like this.

I should warn you. Tetris 99 with friends is Tetris 99 edibles. The high will carry you through another dozen straight games, no matter the outcome, no matter the time of night, and no matter what work hours await in the morning.

Brutal Gamer's Nintendo Editor began his gaming life a little late- at five years old. But he's made up for it in the two decades since, gaming and writing about gaming with the same passion, fervor, and unrelenting love as his five-year old self.
Previous Transformers/Ghostbusters kicks off in June from IDW
Next Bethesda talk the future of Fallout 76