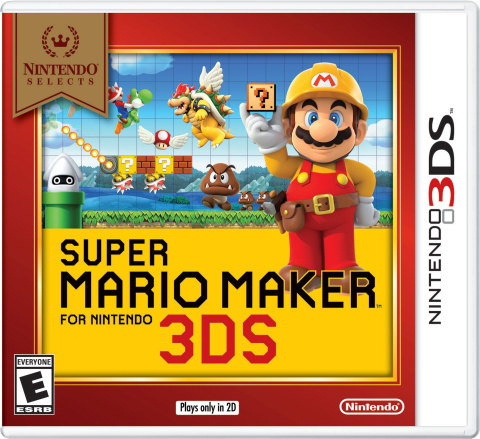 The 3DS is… phasing out. It has been for a while though, since the Switch has pretty much taken over its position as Nintendo’s handheld console. Sure Switch is mainly a home system, but it’s hard to beat on the road as well. And even though Nintendo maintained it wasn’t meant to replace the 3DS, it certainly has.

But that’s not to say that there aren’t some really great games on Nintendo’s former darling. The 3DS has some excellent titles, including the three that have just joined the console’s discount line, Nintendo Selects.

That’s a series that already includes gems “like Super Mario 3D Land, Animal Crossing: New Leaf – Welcome amiibo, Kirby: Triple Deluxe and The Legend of Zelda: A Link Between Worlds. ” Now it has a few more.

Super Mario Maker for Nintendo 3DS, The Legend of Zelda: Majora’s Mask 3D and Star Fox 64 3D are all now a part of the line, getting the big markdown to just $19.99 USD.

Honestly, all of these are worth a look. They’re great games and if you missed them the first time around, you should glance their way for the lower price.

That’s pricing, by the way, that should be in effect as of today.

Jason's been knee deep in videogames since he was but a lad. Cutting his teeth on the pixely glory that was the Atari 2600, he's been hack'n'slashing and shoot'em'uping ever since. Mainly an FPS and action guy, Jason enjoys the occasional well crafted title from every genre.
@jason_tas
Previous Spider-Man: Far From Home trailer spins onto the web
Next Philips debuts 49″ curved monitor at CES