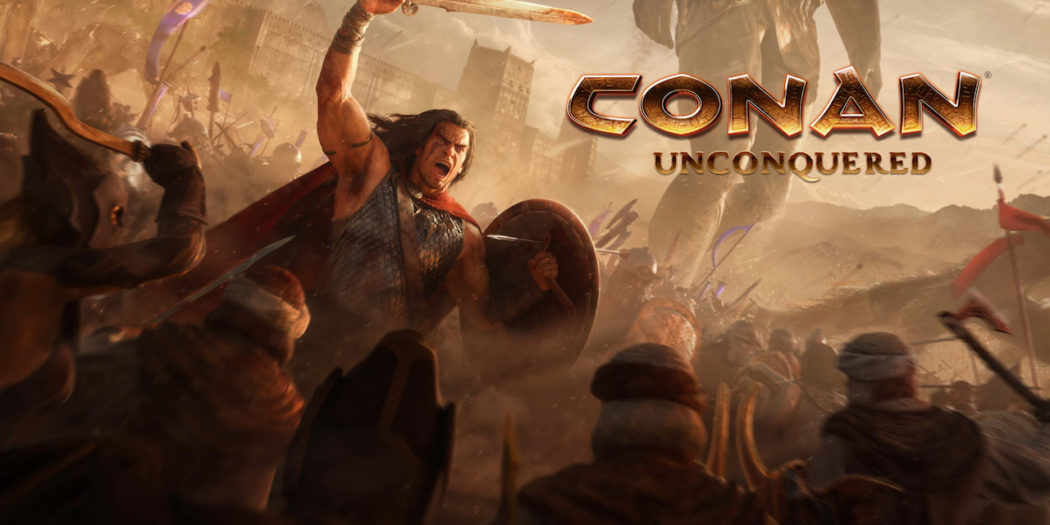 Conan Unconquered to bring epic battles to the Hyborian world

Large scale combat isn’t something that you really associate with a Conan game, but that’s what Petroglyph has cooked up.

Yep, that’s Crom alright. And a legion of Cimmerian warriors too, led by the main man himself, Conan. It’s a sampling of the action that Conan Unconquered is set to offer PC gamers.

From the sound of things, this is set to be a very different kind of strategy game. Though it definitely sounds like it fits the fiction.

Conan Unconquered high-pace strategy game where players face wave after wave of enemies in ever-increasing numbers and difficulty. To withstand the savage hordes players must build an unconquerable stronghold and put up walls and other defensive measures to avoid utter destruction. While the game can be played entirely in single-player, two players can also play together online to build a shared stronghold while fending off the enemy hordes allowing for a unique, cooperative multiplayer experience.

This doesn’t sound like it’s going to be a lightweight either, as Unconquered has some serious muscle behind it. The game is being developed by Petroglyph. The developers are packing team members that have worked on “strategy games such as Dune 2 and Command & Conquer“. Not bad for a pedigree. Speaking of, those looking for a classic Conan tale behind the action should be happy too. The title is based on the iconic “Black Colossus” story.

Expect to see Conan Unconquered hit the PC some time in the second quarter of next year. Though, that’s not all for the barbarian.

Publisher Funcom also has the (mainly) multiplayer Conan Exiles still cooking on consoles and the PC, and they have a single player Conan title coming up at some point too.

Jason's been knee deep in videogames since he was but a lad. Cutting his teeth on the pixely glory that was the Atari 2600, he's been hack'n'slashing and shoot'em'uping ever since. Mainly an FPS and action guy, Jason enjoys the occasional well crafted title from every genre.
@jason_tas
Previous Disney Store exclusive Venom figure available now
Next Variants and a re-release to land for “Marvels” 25th