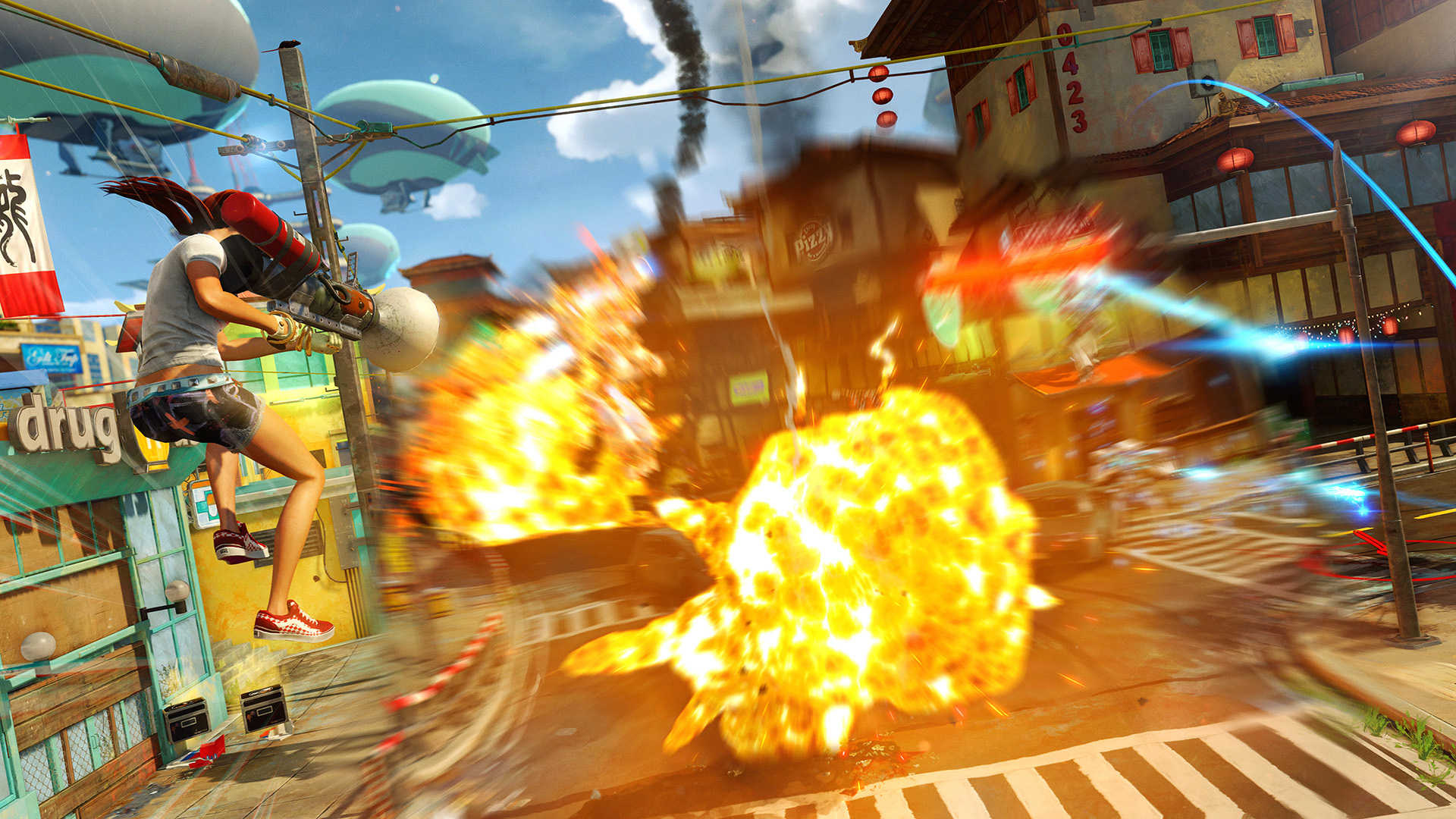 It’s been a while in the making, but Insomniac’s Sunset Overdrive is finally coming to the PC. Even better? It’s getting a physical copy.

The PC is in Overdrive

Yes, it’s been a while, but Sunset Overdrive looks just as awesome as it did when we first saw it on the Xbox One back in 2014. Insomniac’s first game for the console, SO  was fast and frenetic, and insanely colorful.

In Sunset Overdrive, the year is 2027 and Sunset City is under siege. A contaminated energy drink has transformed most of the population into toxic mutants. For many it’s the end of the world, but for you it’s a dream come true. Your old boss? Dead. Your boring job? Gone. Transform the open-world into your tactical playground by grinding, vaulting and wall-running across the city while using a devastating, unconventional arsenal. With hyper-agility, unique weapons, and customizable special abilities, Sunset Overdrive rewrites the rules of traditional shooters and delivers an explosive, irreverent, stylish, and totally unique adventure finally on PC.

Finally indeed. SO has been on the ‘want list’ of many a PC gamer since the Xbox debut, and now it’s finally here. And I don’t mean that it’s on the way, I mean it’s here right now. Yes, in addition to digital versions, the game has a boxed PC edition.

You can get either flavor of it right now, as the boxed copy is up already on Amazon, and the digital edition is ready on Steam.

Jason's been knee deep in videogames since he was but a lad. Cutting his teeth on the pixely glory that was the Atari 2600, he's been hack'n'slashing and shoot'em'uping ever since. Mainly an FPS and action guy, Jason enjoys the occasional well crafted title from every genre.
@jason_tas
Previous New Marvel Gallery statues and more hit this week from DST
Next Marvel announces War of the Realms, event series coming April 2019