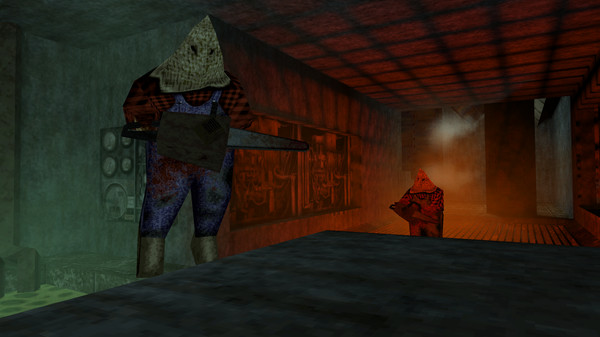 It’s getting dark on the PC. The Quake-like indie shooter Dusk is about to leave Early Access, hitting in full version form next month.

I didn’t realize what a darling Dusk had become, but apparently it’s just that. According to the press release, New Blood Interactive’s shooter “hosts some of the highest ratings for a first person shooter, or game of any genre, on Steam”. That’s pretty impressive.

From the trailer too, I can see why it’s so well liked. The game takes admitted inspiration from some of the best in the genre, including Doom, Quake, Blood, Heretic, Half Life and more. As an old school fan myself, just the fact that New Blood mentioned classic FPS “Blood” by name has me smiling.

Not that you can’t see that influence, or actually, read it in the official description.

Survive the night against various evildoers after waking up strung up on meat hooks in a northeastern U.S. backwoods farmhouse and utilize a mind-blowing amount of badass weaponry including sickles, swords, crossbows, rifles, dual-wielded shotguns and incredibly necessary grenade and rocket launchers. Battle through an onslaught of mystical backwater cultists, possessed militants and even darker forces and attempt to discover just what lurks beneath the Earth.

Dusk is departing pre-release status in fine form. The game will offer a total of three chapters to play through, as well as “arena multiplayer”. The whole thing will run you $16.66 USD, but you’re getting even more if you already own it.

The team has announced that anyone who bought the game before Halloween 2018 will receive a 50 page Dusk digital graphic novel for free. Not bad at all, and if it’s half as much fun as the game, probably worth a read.

You can pick up a copy of Dusk via Steam on December the 10th. In the meantime, you can check the game out here.

Jason's been knee deep in videogames since he was but a lad. Cutting his teeth on the pixely glory that was the Atari 2600, he's been hack'n'slashing and shoot'em'uping ever since. Mainly an FPS and action guy, Jason enjoys the occasional well crafted title from every genre.
@jason_tas
Previous Blizzard announces new toys, apparel, and more at BlizzCon
Next The firestorm around Blizzard’s Diablo Immortal picks up