If you’re in the market for some good Blizzard merch, then you might like this news. The company announced a slew of cool stuff this weekend.

Blizzard is mainly known for games, and not for any kind of stuff to go along with their games. Not that there haven’t been action figures and such for games like Warcraft and Diablo. While not unheard of, are a little few and far between though.

It seems the publisher is looking to remedy that, and it starts with Overwatch. Blizzard’s newest sensation is the focal point of this blitz, though hopefully that’ll branch out a bit as we go.

This past weekend the company did announce a bunch of new items at their BlizzCon show. Though most of it was probably overshadowed just a bit by… other happenings. Nonetheless, it’s some neat stuff, so we thought we’d show you some.

With the licensed goods arriving in 2019, you’ve still got some time before you’ll see them at retail. It’s an impressive swath though, with partnerships being announced with brands like Hasbro, Funko, and of course LEGO.

Here’s a peek at some highlights: 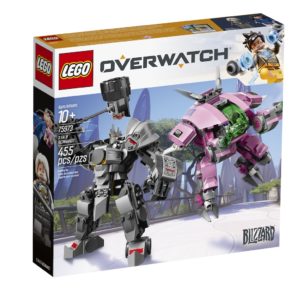 Hasbro is the master toy licensee for Overwatch

Her Universe and UNIQLO will be offering wearables 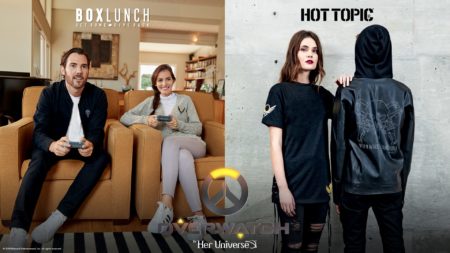 More Overwatch POP!s are coming up, as well as vinyl figures

And there are tees coming from Hot Topic

Jason's been knee deep in videogames since he was but a lad. Cutting his teeth on the pixely glory that was the Atari 2600, he's been hack'n'slashing and shoot'em'uping ever since. Mainly an FPS and action guy, Jason enjoys the occasional well crafted title from every genre.
@jason_tas
Previous The Eyes of Bayonetta 2 getting english translation from Udon
Next Release date announced for throwback PC shooter Dusk