This past week BG editors Jason and Erich took a look at the new online functions of the Switch, including that NES virtual console.

It took a while, like a while, but Nintendo finally dove into the online subscription service pool. This past week saw the debut of the Nintendo plan for Switch owners, which grants gamers the ability to play online (which was formerly free), cloud saves, access to the smartphone app, and special offers.

Most of that is good, though the smartphone app is still little unwieldy. And the first special offer has already debuted, and is shockingly cool. It’s a pair of NES controllers, wireless and designed to work with the Switch. Only members can order them as of right now. A pretty cool exclusive.

Aside from the above, there’s also one more thing that might be the crown jewel, that being the NES virtual console. The Switch doesn’t have a VC (as you probably know), and this serves as a base for at least a slate of NES offerings. The cool part is that they’re a bonus, so there’s no charge to play any title in the collection. Nintendo says the set will grow over time too, so there might be some good stuff on the way.

This past week, our podcast host Erich and myself took a good long look at the service. We played online, tried out the app, and more. What’d we think? Read on.

I was one of the few people who was actually excited by the news that Nintendo was joining its competitors by beginning to charge for online access on the platform. In my naivety, I believed a charged service would mean customers get something valuable for their investment. Did we? 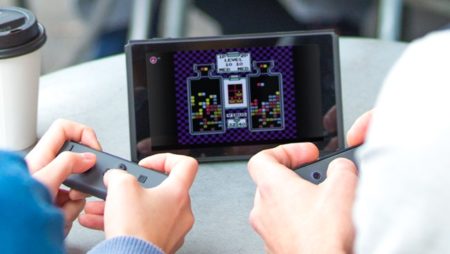 As you might be aware, Nintendo Switch Online costs just $20 for a full year of access for a single profile. Right away, the price point is attractive. What else do we get? Online play,the ability to cloud-save most games and access to a Netflix-like collection of old Nintendo classics. For now, that specifically means 20 NES games, with three additions coming each month.

The cool thing about this collection is the ability to take these NES games online for the first time. On Wednesday night, Jason and I spent a fair bit of time beating up thugs in River City Ransom, playing football in Tecmo Bowl and competing on the ice in Ice Hockey. The quality of these games will not surprise you. They are exacty what they sound like: Nintendo Entertainment System games. The promise of a growing collection and the ability to take the games online is an awesome feature though, to be sure.

We can’t talk Nintendo’s online service without going into the app Nintendo developed for smartphones. The app allows you to track stats on certain games and connect with voicechat. Voicechat plays through the speaker, and honestly, given Nintendo’s apparent target audience, this makes sense. Parents can monitor kids conversations and ensure that there is no funny business going on. For our purposes, the chat mostly worked. There were several instances where our communication was totally dropped. Twice, Jason got dropped from the chat altogether.

As it stands now, the service is fine. If you are hankering for some online NES games, you will not be disappointed.

I can’t believe how fun Tecmo Bowl is over the internet. Now, I just need these guys to play Balloon Fight with me.

Picking up where Erich left off at the end of his thoughts, yes the virtual-NES is tons of fun. Ice Hockey not only brought back some fantastic memories, but was loads of fun. And that’s not to mention how smooth the play was. For me anyway, there was zero lagginess and playing with a buddy online was just as issue-free as firing up my old NES would be. Maybe more. As for the other features of Switch Online, so far so good. 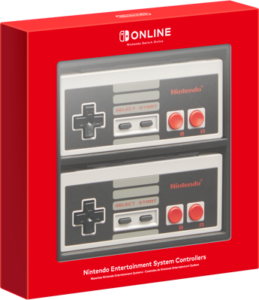 I haven’t tried out cloud saving, and probably won’t honestly. I doubt it’s something that I really need, though it’s nice to have. Having access to “exclusive offers” is pretty nice too, and I actually have used that one. I ordered the NES controller set, mainly because it seems like one of those collector-type items that’ll be brutal to find as the years roll on.

The biggest thing I wanted to talk about here though, is the app. It’s not great. I know Erich kind of liked the choices that Nintendo made here, but I do not. Speaker only for chat? That’d be fine if it was an option, maybe one that parents could “lock” the Switch to for kids. But not having any choice whatsoever is just not cool. I’d much rather use a headset than the speakerphone.

Also, it dropped me twice, and not in a subtle way. I wasn’t fading in and out here, it was abrupt. This seems like something that Nintendo could just plain do better with. It should not be that difficult. As for what else the app does, there’s almost nothing. Nothing yet anyway. It seems like there are some fairly nice features to come, but only for specific games. Right now, that selection includes Splatoon 2, and that’s it.

So, is it worth the money? Well, being that it’s just $20 USD a year, the answer to that is “yes” as far as I”m concerned. If we were talking about $50 or $60 a year, I might not be so quick to recommend it. Honestly though, for that low cost of entry Switch Online is a fairly sweet deal, albeit one that needs a little work.

Jason's been knee deep in videogames since he was but a lad. Cutting his teeth on the pixely glory that was the Atari 2600, he's been hack'n'slashing and shoot'em'uping ever since. Mainly an FPS and action guy, Jason enjoys the occasional well crafted title from every genre.
@jason_tas
Previous Marvel reveals first variant cover for Uncanny X-Men #1
Next Space Hulk: Tactics gets pre-order beta, better look at the Genestealers release