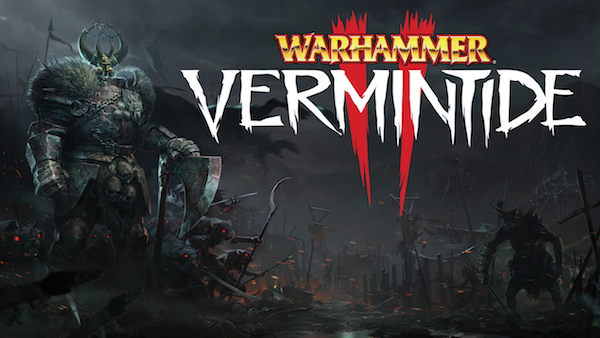 FatShark’s co-op action title Warhammer Vermintide 2 is ready for more, with a fresh wave of downloadable action Shadows over Bogenhafen.

Back to the War

Oh those End Times, you just can’t keep them down. Of course, in Warhammer Vermintide 2, that’s not necessarily a bad thing. The game launched to some acclaim not too long ago, scoring an 80% from us.

The mix of action and team play that developer FatShark just got that much better this time around, from the already good original game. Bringing in the Chaos faction added quite a bit more fun too. I mean really, what’s better than slaying a few demons?

It’s still somewhat unclear what Shadows Over Bogenhafen will bring, though we do know it’ll feature a new locale. And particular stench of Nurgle…

“We are kicking off the fall with more content to Vermintide 2” says Martin Wahlund, CEO Fatshark. “Last week of August, the players will be invited to Bogenhafen, a city where the Heroes will be tested like never before by Grandfather Nurgle’s unpleasant attentions”

August 28th is the date, when Shadows Over Bogenhafen casts itself onto the Xbox One and PC versions of Warhammer Vermintide 2.

Jason's been knee deep in videogames since he was but a lad. Cutting his teeth on the pixely glory that was the Atari 2600, he's been hack'n'slashing and shoot'em'uping ever since. Mainly an FPS and action guy, Jason enjoys the occasional well crafted title from every genre.
@jason_tas
Previous Divinity: Original Sin 2 – Definitive Edition launch trailer arrives
Next Groovy, The Art of We Happy Few is on the way