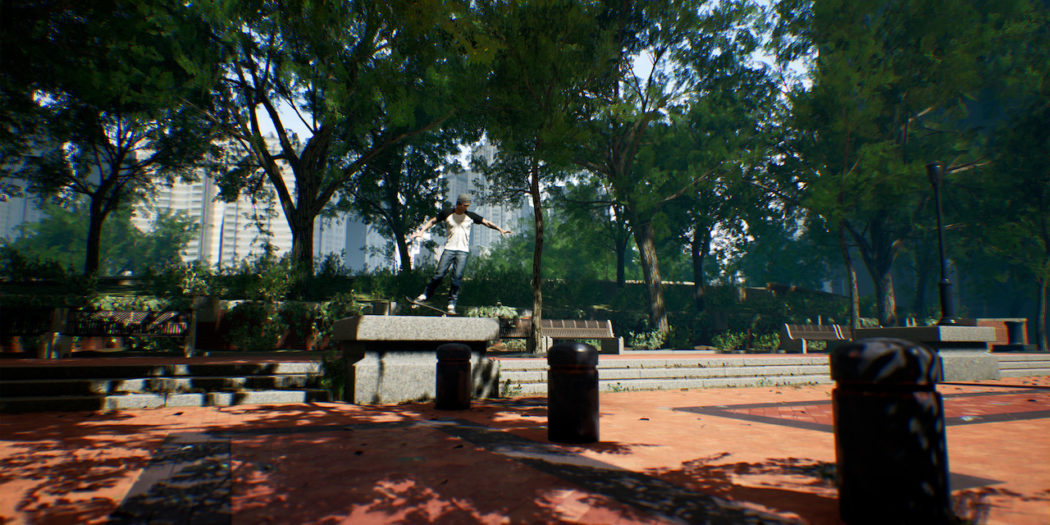 Home / News / E3 2018: Session bringing skateboarding back to Xbox One and PC

E3 2018: Session bringing skateboarding back to Xbox One and PC

While the “big two” skateboarding series’ were no-shows this week (and possibly both dead anyway), there was a newcomer that looked sharp in Session.

It was quite a while ago that Tony Hawk and Skate were the big dogs in town. Two skateboarding series’ existing side by side, both with plenty of fans. But that time is decidedly over. Hawk’s comeback fell well short for Activision, and Skate is nowhere to be found.

So what’s a virtual boarder to do? Well friends, that’s where Session comes in. Intro’d at the Xbox press event the other day, Session is looking like it just might scratch that video game skateboarding itch.

Not bad, huh? The vibe is there, and the graphics look pretty good too. Now if it plays that well, creā-ture Studios just might have a hit on its hands. To that end, creā-ture says that the game will have a dual-stick control scheme, with both controlling a different foot. That could be seriously interesting.

Also pretty slick is that this game seems like it’ll be doused in liberal amounts of 90s charm.

Inspired by a golden era of skateboarding – the early ’90s through the early 2000s – Session captures the true culture of the sport, where the goals are expressing your creativity and learning progressive tricks through hard work, perseverance and a bit of madness. The game has authentic recreations of some of the most legendary skate spots on earth, where you can film your friends and blow minds by creating the gnarliest video parts (in classic VHS style, of course).

Session charts a line away from the arcade-style skateboarding games of the past. In Skate Mode, you’re using a fresh dual-stick control scheme to focus on landing difficult individual tricks. Each stick controls a foot to replicate authentic and intuitive skateboarding motion. When you’re not skating, you’re in Filmer Mode, capturing footage, then editing and sharing it. The camera system, inspired by the timeless late ’90s skate videos, gives players a new and more dynamic perspective on their tricks.

Watch for Session to hit early access programs on the PC and Xbox One before the end of this year. The full game? That’ll be along some time in 2019.

Jason's been knee deep in videogames since he was but a lad. Cutting his teeth on the pixely glory that was the Atari 2600, he's been hack'n'slashing and shoot'em'uping ever since. Mainly an FPS and action guy, Jason enjoys the occasional well crafted title from every genre.
@jason_tas
Previous E3 2018: Devil May Cry V announced by Capcom, complete with first trailer
Next Mezco’s One:12 Collective gets a pair of zombies with new 2-pack