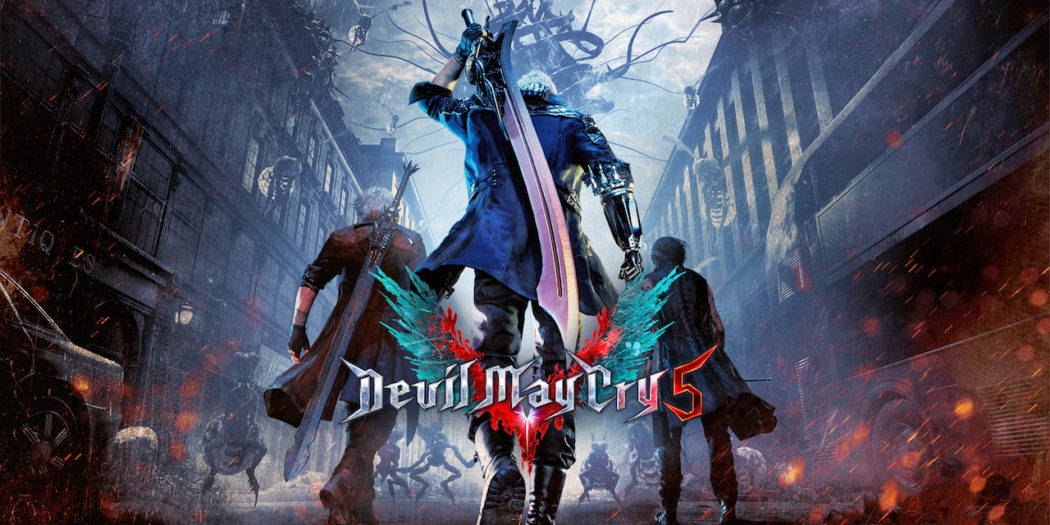 Dante and Nero are back. Devil May Cry’s world is overrun with demons, which means plenty of opportunities for styled-out action. And what’s with that cybernetic arm?

Capcom is talking up Devil May Cry V as the capper to the saga that’s been running since the series began. That’s to mean that the Sons of Sparda saga is concluding. Does that mean the end of the series? Probably not, though it’s also worth noting that there is that other DMC series out there. It’s feasible that the publisher could be ending the original’s run, and then switching over to the reimagined version’s universe. We’ll see. For now though, Devil May Cry V is looking pretty awesome.

Several years have passed in Devil May Cry 5 and the threat of demonic power, long since forgotten, has returned to menace the world once again. The demonic invasion begins with the seeds of a “demon tree” taking root in Red Grave City. This hellish incursion attracts the attention of the young demon hunter, Nero, an ally of Dante who now finds himself without his demonic arm, the source of much of his power. As Nero heads to Red Grave City in his motorhome named “Devil May Cry” with his partner Nico, he ruminates on how everything started. The loss of his demonic arm, the demonic invasion, and Dante’s unknown whereabouts. Things must be settled once and for all.

Jason's been knee deep in videogames since he was but a lad. Cutting his teeth on the pixely glory that was the Atari 2600, he's been hack'n'slashing and shoot'em'uping ever since. Mainly an FPS and action guy, Jason enjoys the occasional well crafted title from every genre.
@jason_tas
Previous E3 2018: Bethesda brings back the big guns, new titles in almost all their franchises
Next E3 2018: Session bringing skateboarding back to Xbox One and PC