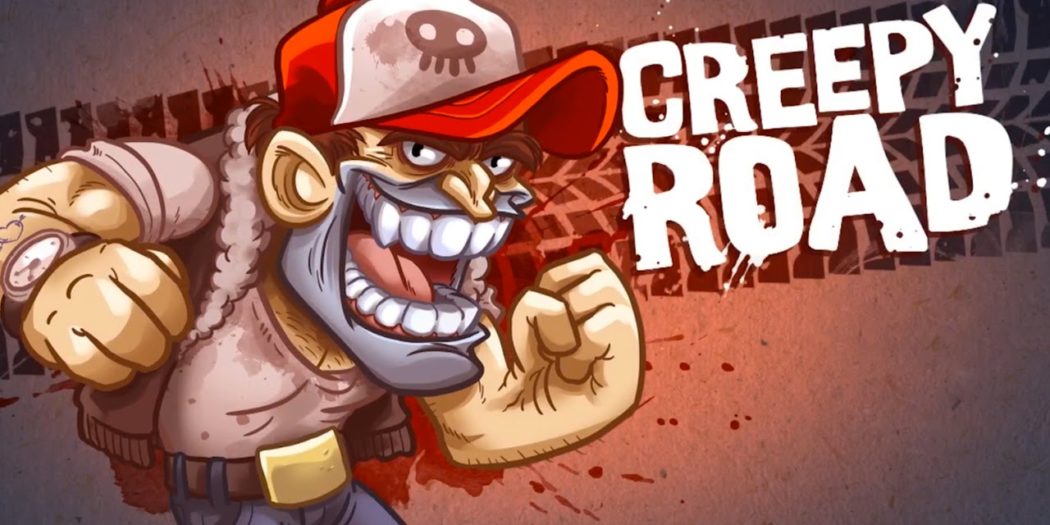 Creepy Road is a classic styled 2D run and gun game. Take on the role of Flint Trucker, a trucker making his way home to the love of his life, Angelina. On his way a deranged circus bear jumps in front of his truck and he has to make the rest of the journey on foot. Only to find that evil is lurking and the world has gone crazy.

My time with Creepy Road was enjoyable. It’s simple and fun. The style is completely Hand Drawn which is always nice. Using a cartoon aesthetic they’ve used vibrant colours and it really makes the visuals stand out.

I’m a fan of games recreating the feeling of older games. The sorts we love. Those fast paced run and gunners and platformers. However, if we were to go back and play them now we would find several flaws with the way they play/control. It adds to the difficulty but that was mainly due to the controllers we had. Nowadays we have two thumbsticks and we like to use them.

Using one stick to move and aim is a real pain. Especially when you have all these others methods of control just sitting there doing nothing. Quite frequently I found myself running away from enemies to get some distance between us just to turn around and them be just as close as they were before. Now, If I could use both of these beautiful thumbsticks then this wouldn’t be an issue. It didn’t make the game impossible, but when there’s so many buttons you can’t help but wonder why they’re not in use.

It’s the type of control and gameplay you really have to learn how to use. Get back in that Sega sidescroller mindset. Wanna aim at someone higher up you have to jump and time it right. 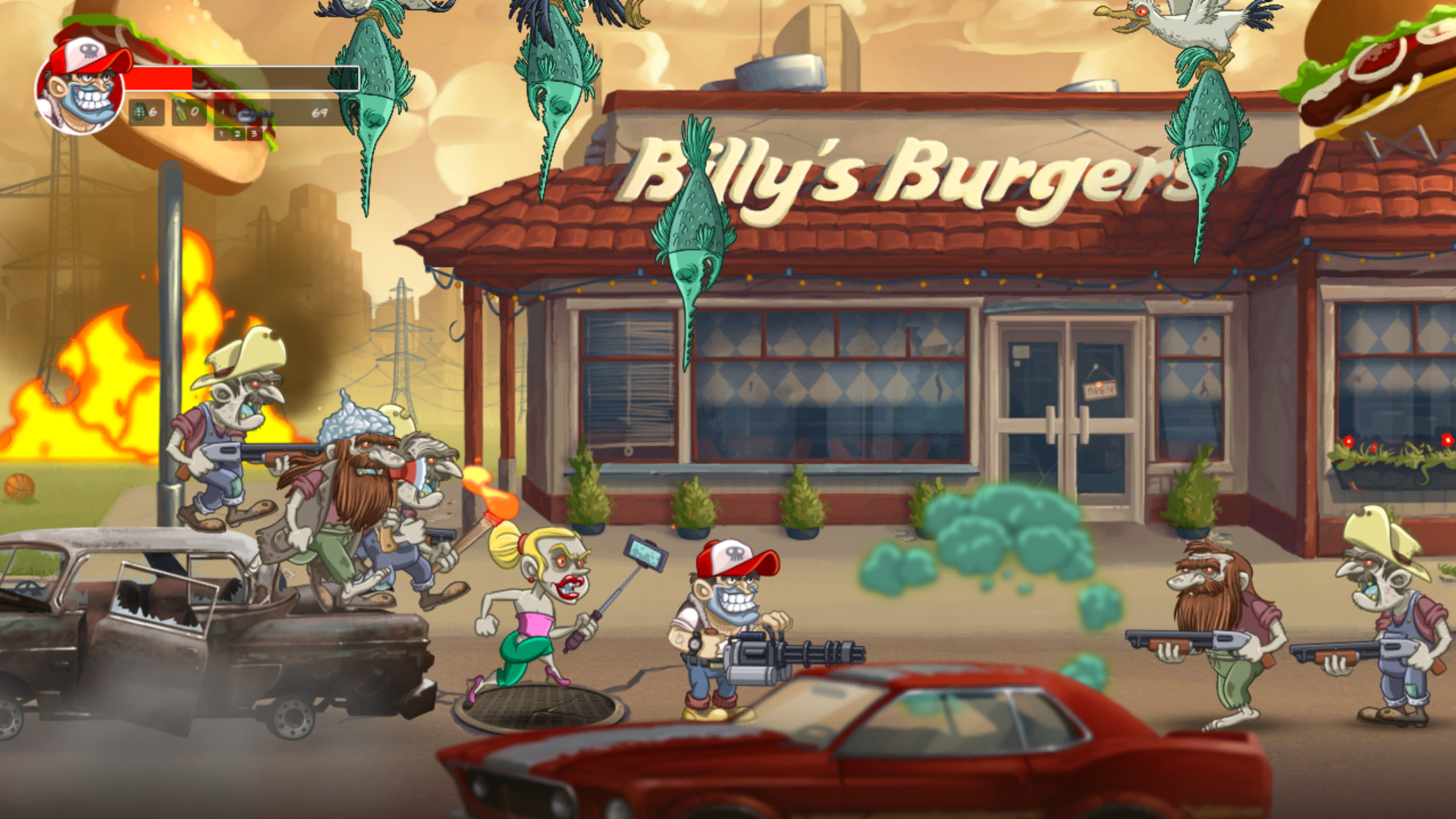 I also found things to be just a little chaotic. Which I know it’s supposed to be, but only being able to shoot in one direction and having no real way of dodging makes this a very easy slaughter. You’ll have enemies coming from both directions, melee and range. Then you’ll have more above dropping fish or pandas on you. The only real way of dodging is to jump over enemies, Which is fine for some but other explode when you get near so that’s no good. If there’s enemies above you jump into them so that doesn’t work. It feels like it’s hard because it’s limited control rather than actually being difficult.

Another minor issue I had was when enemies stand, basically on you, you can’t hurt them. They can still beat you to death, but you can’t shoot them. Easy enough to get out of, you just move away then shoot them. But I can’t help but feel that they could have had a kick button. Even if it just knocked them back and did no damage. It’s again the controls making the game difficult.

It’s Not That Bad

I started with a lot of complaining and it’s not making the game look great. It really is a fun little game. It’s priced very reasonably as well. It isn’t a bad game. It actually is rather good. I personally find that it focuses too much on being old school that it’s inherited old games bad traits.

Creepy Road is very lighthearted with a cheesy, funny story with ridiculous moments in the script. All the levels are different from each other so it doesn’t feel so copy and pasted like a a lot of games. You have a pretty large weapon arsenal. Everything from a revolver to a minigun to a pooray. Also a large variety of enemy models which are all so wonderfully created. In my experience it’s a joy to look at but a pain to play.

As I said, this isn’t a bad game. It certainly is difficult. That’s probably where my real problem comes in. I’m not a “git gud” type person. If you’re after a challenge then you’ll probably enjoy Creepy Road. That’s not to say it’s without flaws.

"Git gud" or give up and play something you'll enjoy. All in all Creepy Road is a pretty decent game. It's flawed, sure, what isn't these days? If you're prepared to put the time in to hone your twitch reflexes you'll probably have a good time.