The Big Journey is a super casual app-like PC platformer where you help roll a cat through the game. While a lot of it is fairly polished, the game mechanics can seem frustrating and repetitive elements can bore players. 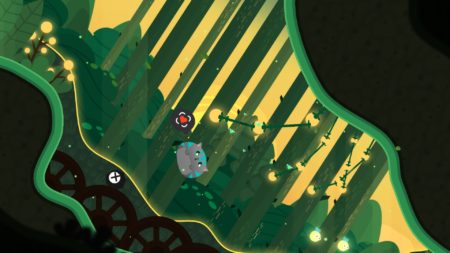 Mr. Whiskers is a fat cat who enjoys Mr. Choo’s dumplings. One day Mr. Whiskers sees Mr. Choo’s shop is closed and Mr. Choo has gone missing along with his delicious dumplings. Mr. Whiskers decides it is up to him to find Mr. Choo and follows a trail of dumplings throughout various environments such as a forest and desert. Along the way he finds all sorts of NPC friends who provide cute little quips and references to popular culture. He must also navigate obstacles and enemies that block his path towards Mr. Choo. 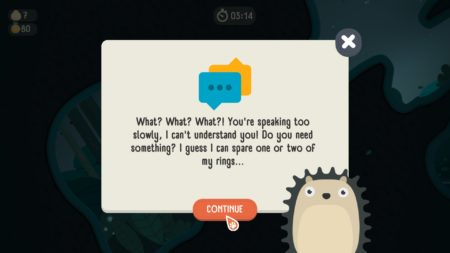 The game is very app-like. You have super simple controls, a 3-star reward system like Angry Birds and stages with a number of levels in each stage. The goal of each level is to get to the end but if you collect a certain number of dumplings (major points), bugs (little points) and finish under an amount of time you get stars. Earning stars unlocks certain cosmetics and levels.

Mr. Whiskers spawns in a 2D map where you can tilt/rotate the map left (A) or right (D) to make Mr. Whiskers roll down left or right. His movement is dependent on physics so his speed is influenced by gravity and acceleration. You can jump using spacebar and use Catstagram (yes a play on Instagram) by pressing P.

Catstagram is a small little addition to make the game more enjoyable and cute – it takes screenshots, themes them like Instagram complete with hashtags and cute little puns and save’s them in-game and on Steam. You can earn Steam trophies with it as well. 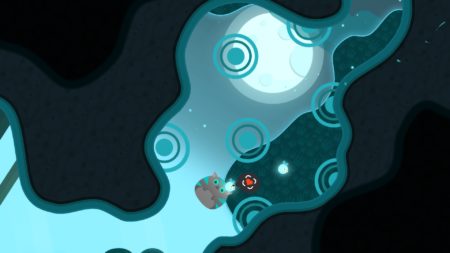 The levels are linear but have secret nooks and crannies that need to be explored to get all the stars. There are open areas, closed areas, tunnels etc. As a result there are a lot of objects that help and hinder Mr. Whiskers.

There are spikey cogs, floating one-eyed alien-like enemies (can be killed with a jump), spiky snails, desert worms etc. that hurt Mr. Whiskers. Touching them makes him drop a dumpling that disappears after a short amount of time. The game is forgiving here because it gives you a chance to get that dumpling back like Sonic has with his rings and gives a period of time where Mr. Whiskers is invulnerable.

The levels can seem repetitive as maps generally have the same type of path laid out – search the secret areas but move right to finish. The introduction of new enemies and environment objects between stages and levels do help alleviate that repetitive feeling.

The main mechanics of The Big Journey is ok. They can be disorienting because of all the map rotations and are nothing new to rage about. The physics is actually quite good, however, it can be frustrating if, as a player, you wanna go fast since it takes some time to build up that speed and, just like in Sonic, there are obstacles that stop that flow.

The rotation is also reset at times unexpectedly, so if the map was tilted it would decide to level itself at a point in the level. Perhaps this was a design decision made to bring the player back to a level point every now and then because the tilting was causing some effect. Unfortunately, I got slightly annoyed where I wanted to keep rolling left and it would just level out and slow me down. 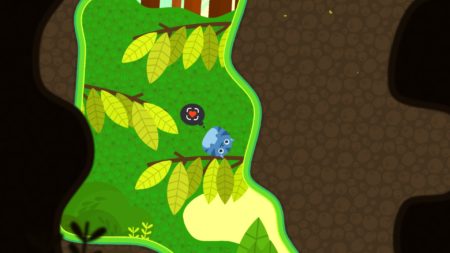 The game is very cute and clean. It has a minimalist design ethic where there are no/few outlines and rather simple shapes of color. It looks like a children’s book. The color choices are also good and there’s good balance between foreground, background and moving objects.

The visual design could look boring to some but I find it rather innocent and actually impressive at time as there are a good amount of particle effects and smooth animations.

The menu has the same simplistic ethic but is very polished. Transition and idle animations take the menu from being a snore-fest to a quirky and fun interaction. Everything is clear and there was no confusion navigating stages, levels, cosmetics, Catstagram and more.

The music is very upbeat, ukulele-heavy and of a decent quality. Nothing too special but not bad either. Each stage has its own background music that fits the theme. When bringing up the menu in-game, it softens the audio as if you’ve left the room, which is a nice touch.

A small bug I found was that the main menu music doesn’t loop smoothly.

The various sounds of Mr. Whiskers bouncing around and making little noises as you move are well done. The audio of the environment obstacles and enemies are also good. Nothing to complain about. 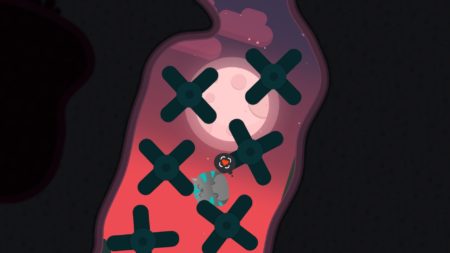 The Big Journey is extremely casual, plays like a game on the App store and is suitable for all ages. The game mechanics can be a bit irritating at times but the visual design keeps the experience perky. As a polished game, the quality looks and feels good however the main experience can be boring at times as levels can seem repetitive with continuous play.

A very App-store kinda game, friendly to all ages, extremely casual to the point it could be boring for some players.

Megan here! I am pretty well versed in all things weaboo and geek. I've loved videogames since I was born and even made my own for my 3rd year of Multimedia at the University of Pretoria in sunny South Africa. I have enjoyed anime from the days when Pokemon was considered satanic and Aniplex used to exist on DSTV. In the past couple years I have really gotten into manga, particularly Berserk to see where the story headed after the original anime. If there's one thing I will always love 110% it is cats. Don't doubt my faith in my love for felines.
Previous Adjust your view of the Switch with Nintendo’s new charging stand
Next The Fantastic Four will return to the Marvel U in style, with a line-wide variant onslaught