A Way Out offers gamers something that really no other game out there does; a prison break. The new game, published by EA, also promises an all new cooperative experience. But does “A Way Out” live up to the standard set by its impressive debut at E3 2017? 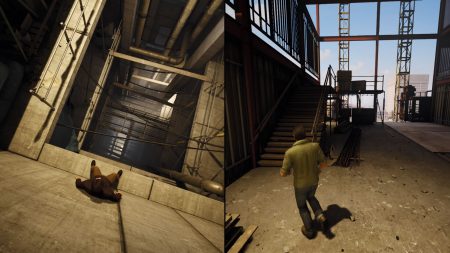 The answer is yes, even if it does so in ways the player might not expect.

“A Way Out” is story centric.

The game revolves around two characters, Vincent and Leo, as they meet in prison and plot an escape. The strong story points in “A Way Out” don’t stand in the grand overarching story being told. Instead, the strongest story beats are those that take place in the small, more unexpected moments. I most enjoyed, seeing the way that these characters interact with other characters in their world.

In fact the most believable interactions are the ones the men have with other prisoners, or once they escape prison, with other people in the world. The overarching story is not a bad one either, by any means actually, but it is pretty derivative.

There are a few moments of pointed development that really made my jaw drop too. For the majority of the time though, the tale of cons escaping from prison to avenge someone who wronged them takes precedence. Although the main points are pretty clear from the get go, the specificities and smaller points of progression are enjoyable to experience.

One of the main selling points of the game is the idea that each of these characters experience the world in a different way. Interactions you have as Vincent will be totally different as Leo, and the two will often offer different ways to solve the same problem. As the story progresses, the way these characters interact and see the world get more and more apparent… and important.

This development makes the cookie cutter story more interesting and is a great choice overall.

The cool thing about “A Way Out” in terms of gameplay is that the developers managed to competently fit so many different gameplay types into one game.

Just about every chapter has a different focus. In one chapter, you will be sneaking around the prison. In another, you distract an old couple and rummage through their home. There are chapters where you and your partner are rowing a boat down a river, and another that is played by utilizing a cover based third-person shooter system. A Way Out is really diverse in the ways players interact with the world.

The downside to having such a varied gameplay experience is that none of the experiences stand out as truly excellent. Everything is competent at worst and fun at best.

The game really shines when players are wandering around and interacting with varying objects in the environment. Players can play baseball with each other, play each other in a pong-like arcade game and even have a round of connect four. Players can compete for high scores in darts and horshoes as well. This subtlety really stands out as a strength. These games aren’t too deep, but they feel great, and crewing around with a friend is an awesome experience.

Perhaps the most important thing to mention when it comes to “A Way Out” is the need to play cooperatively. This is not a suggestion by the way. If you aren’t playing co-op, the game will not work. Luckily though, it can be played through couch co-op or over the internet. Even better, you only require one copy. 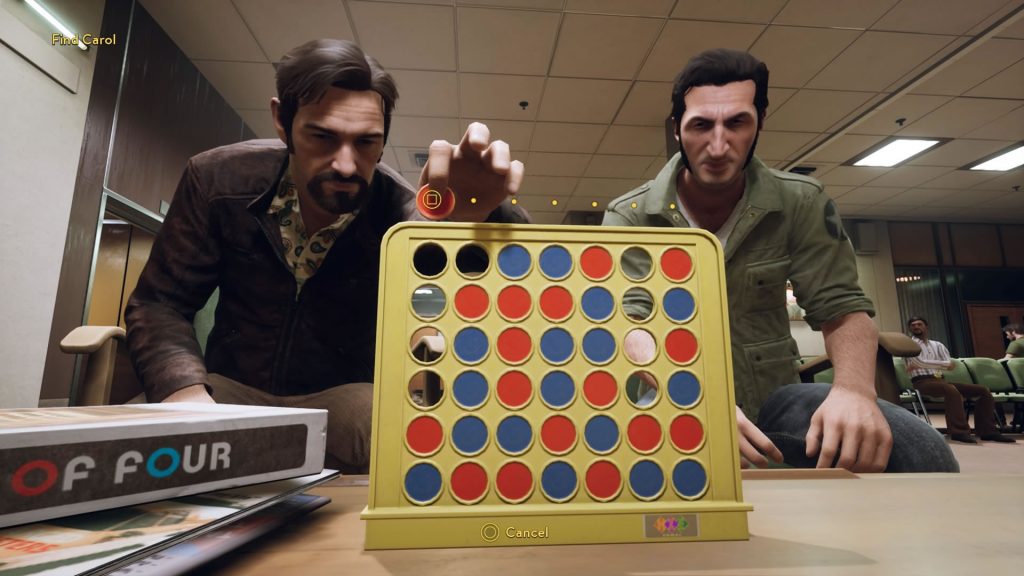 A Way Out has some of the most interesting presentation choices I have seen in a long time.

The art, music and sound design is crisp and satisfactory. There are a bunch of landscapes that are very well designed, and the environments are a joy to explore by virtue of being well presented.

One of the coolest pieces of the presentation I noticed is that the game does not explicitely take place in any one time period. Clothing simultaneously looks as though it could come from the 90’s or 70’s. Technology is not extremely helpful, as there are video games in some scenes and record players in others. I eventually looked up the potential dates by referencing the cost of a pack of cigarettes in the game and finding out when they cost that much in the US. The answer seems to be the late 60’s or early 70’s.

The last point that requires mention the the mandatory splitscreen. This means that you can always see your partner’s screen. This seems like it might be obnoxious, but it really does work well. 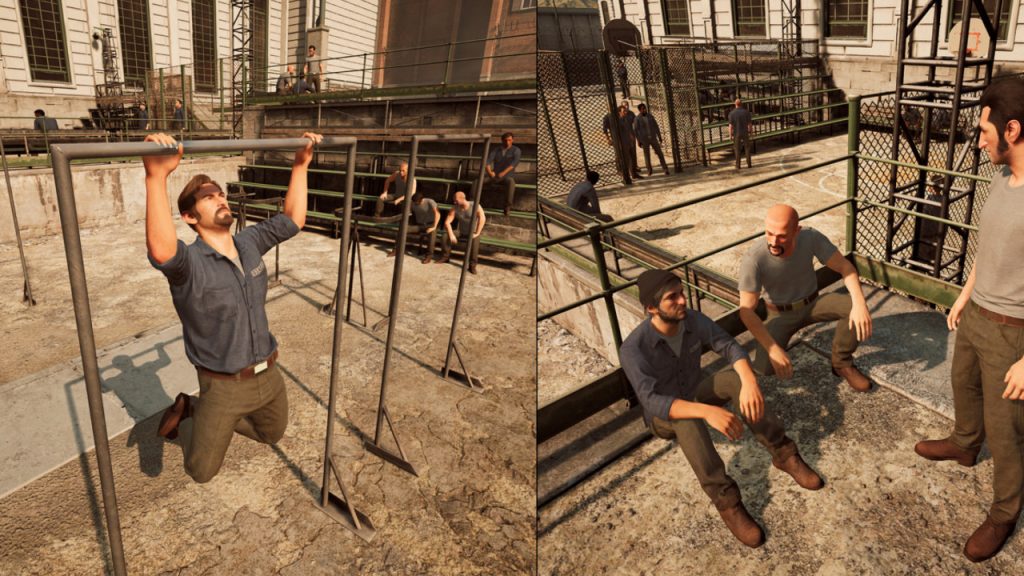 “A Way Out” is a game that begs to be played with a friend. For the most part, it takes itself just seriously enough to exist as a serious game. In other moments, it is straight up silly.

Although none of the gameplay types are perfectly executed, they are all executed well enough so that I would readily go back and play through the game again.

"A Way Out" is incredible becuase of the cooperative action it presents. If you have a pal that you would even consider playing through this with, make the jump. It is a fun journey.

Erich was introduced to gaming by his grandfather before he could walk. Since then, he has grown up loving Nintendo and most games in general. He couples his love of videogames with journalism to cover news, provide reviews and tell it how it is in the gaming world.
Previous Nintendo Download: Ample Parking, Day or Night!
Next New Warhammer 40k game Inquisitor – Martyr pushed back a month