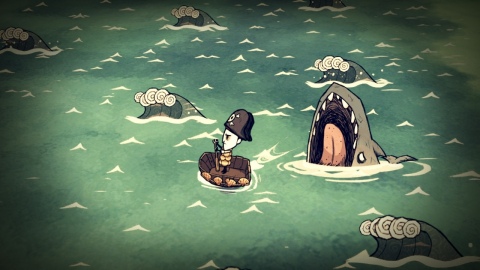 Don’t Starve makes its Switch debut this week, but there isn’t much else for Nintendo fans to sink their teeth into. Blame it on the springtime dearth.

There’s only one rule in Don’t Starve: Nintendo Switch Edition: don’t starve! Or something. I don’t actually know, since I’ve never played a version of this now classic indie title. It’s been around for as long as it has been for a reason though, and I have to imagine it’s pretty solid. At any rate, the graphics look pretty nice.

Aside from Don’t Starve though, there ain’t much out for Nintendo consoles this week. There might be a very good reason for that. It’s April after all, and there’s always a dearth of games to be had in the spring/summer timeframe. Where you actually do get a triple-A title to play, it’s a rarity. Honestly, even solid indies and second tier studio games are few and far between.

It’s probably going to be this way too, till around the last few weeks of August, outside of your standouts like Sony’s God of War on PS4. Though to be fair, this is the industry and how it usually flows, and if you’re a gamer for any stretch, you know that.

Jason's been knee deep in videogames since he was but a lad. Cutting his teeth on the pixely glory that was the Atari 2600, he's been hack'n'slashing and shoot'em'uping ever since. Mainly an FPS and action guy, Jason enjoys the occasional well crafted title from every genre.
@jason_tas
Previous Microsoft clears more original Xbox titles for Xbox One backwards-compatibility
Next A series mainstay, Siegfried is revealed in the lastest Soul Calibur VI trailer