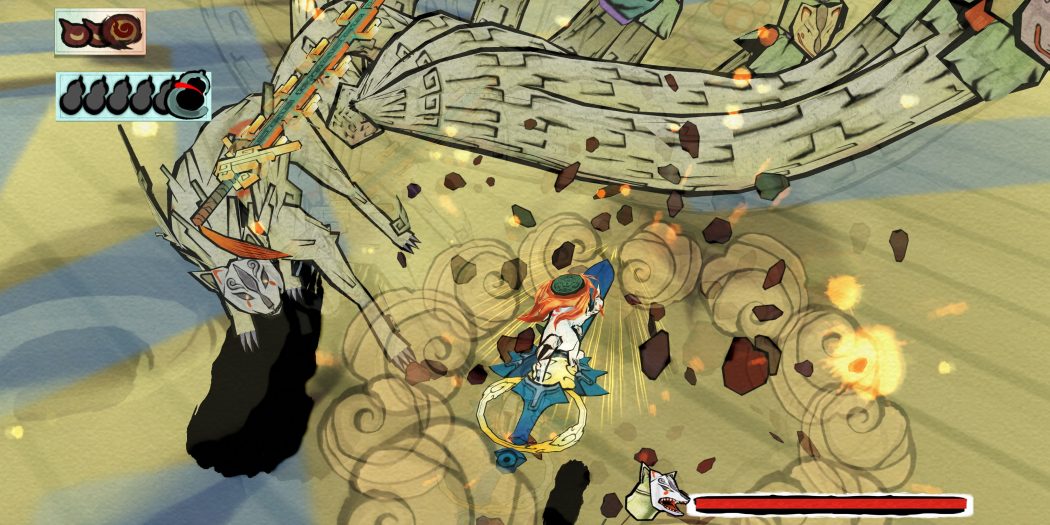 Capcom’s remake of the original Okami is heading to Nintendo’s Switch this summer. The adaptation will take full advantage of the hardware too, with motion controls and touchscreen functionality.

Okami first was released back in 2006, which is close to 12 years ago. Let that sink in for a second. While a new installment of the series isn’t in the cards (that we know of), there was a remake that saw release on the PS4 recently. At the time of release, we actually opined that it “belonged on the Switch”. I guess we got our wish.

Starring a balance of action and puzzle solving, Okami was already one of the prettiest titles of recent memory. Now the HD version will boost those visuals up notch, as it lands on Nintendo’s console. Set to hit the Switch as a digital download this summer, Okami HD will offer players brand new ways to tackle its challenges.

As for the story behind this adventure, that will remain unchanged. Remember that this is pretty much the same edition that saw release on the PS4. But just in case you need a refresher:

In the game, players take on the role of Amaterasu, the Japanese sun goddess who inhabits the form of a legendary white wolf Shiranui on a quest to defeat Orochi, an eight-headed demon and tyrannical monster responsible for turning the world into a ruined wasteland. A cast of colorful allies appear to help Amaterasu defeat foes and rid the land of Orochi’s curse.

Jason's been knee deep in videogames since he was but a lad. Cutting his teeth on the pixely glory that was the Atari 2600, he's been hack'n'slashing and shoot'em'uping ever since. Mainly an FPS and action guy, Jason enjoys the occasional well crafted title from every genre.
@jason_tas
Previous The Walking Dead 811 “Dead or Alive, Or” Recap
Next Fresh Halo miniseries on the way from Dark Horse Comics and 343 Industries