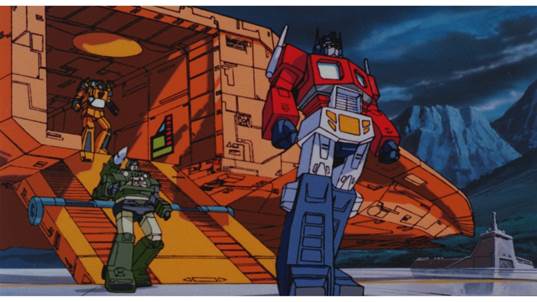 Home / Movies & TV / Don’t get TOO excited, but it looks like the Transformers movie universe might get a reboot

There’s seemingly no movie set for 2019, which is a definite change in plans. And if some signs are being interpreted correctly, then it certainly seems as though the Transformers are about to get a big reset when it comes to live-action movies.

Till all are one

I’ve never been all that big a fan of the Transformers movies. Taken as what they are, the first few are somewhat enjoyable… but they’re not really Transformers movies. Pretty much all of the mythos was trashed. That was Michael Bay’s doing, when he crafted his base story and versions of the characters.

On top of that the way the characters individual looks were all thrown out the window. I mean, Megatron (any version of him) has looked in no way even remotely similar to any of his cartoon/comic book forms. Though honestly you could say that same thing about any Autobot or Decepticon. Though I’ll add a very minor exception for Optimus Prime himself.

But all that looks like it’s about to change.

IGN has picked up on a few things that might mean the Cybertronian movie universe is about to transform in a very big way.

The entertainment website has received comment from Hasbro that there will now be no Transformers movie in 2019. Before you say that it’s probably just not been announced yet, understand that there was one set in place before. Furthermore, the toy-giant is working with “the new Paramount leadership team to lay out the future of Transformers films”.

Taking that all a step further, website Transformers World is reporting that Hasbro has also confirmed that it will have greater creative control over the franchise moving forward. And that apparently includes even the greelighting of projects. So if Hasbro doesn’t like something, or thinks it’s not good for the brand, it might not get the go-ahead at all.

Honestly, I could see that going either way, but so far I’m liking the sound of al this. Unaffected however, will be the Bumblebee-centric movie that’s set to arrive this Holiday Season. That’s way too far along to cancel, so it’ll apparently serve as the last entry in the original Transformers (live action) movie series.

Jason's been knee deep in videogames since he was but a lad. Cutting his teeth on the pixely glory that was the Atari 2600, he's been hack'n'slashing and shoot'em'uping ever since. Mainly an FPS and action guy, Jason enjoys the occasional well crafted title from every genre.
@jason_tas
Previous Chris Claremont returns for a Marvel Comics X-Men Wedding Special
Next Megaman Legacy Collection 1+2 Gets Switch Release Date